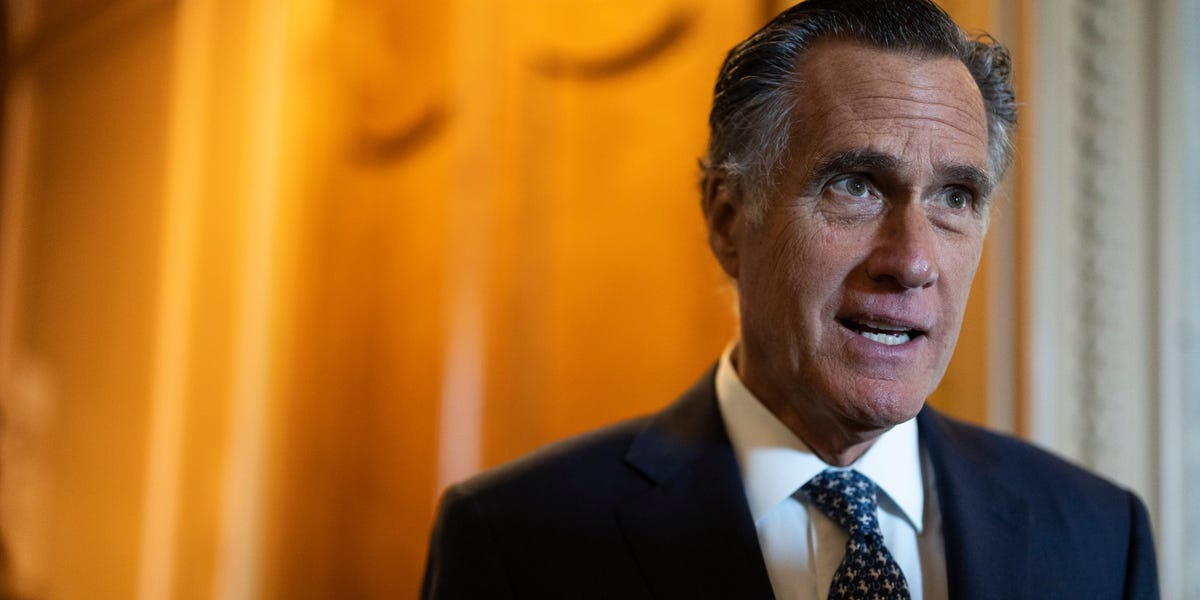 Student loan borrowers eager for broad debt forgiveness will be out of luck if Sen. Mitt Romney has anything to say about it.

The lawmaker from Utah along with several of his Republican colleagues on Wednesday introduced a new bill that would bar the Biden administration from broadly canceling student loan debt — a political move the president has been considering since he took office last year.

The Student Loan Accountability Act would prohibit Biden’s Education, Justice, and Treasury Departments from taking any action that would cancel or forgive student loan borrowers’ outstanding balances or even portions of those balances, according to a Wednesday press release.

The bill would include exemptions for student loan forgiveness, cancelation, and repayment programs that are already in effect, such as the Public Service Loan Forgiveness and Teacher Loan Forgiveness programs.

The bill is unlikely to become law anytime soon with a 50-50 Senate, a Democratic-controlled House, and Biden in the Oval Office.

More than 40 million Americans currently hold more than $1.7 trillion in student loan debt. On the campaign trail in 2020, Biden promised to forgive $10,000 per borrower, but more than a year into his presidency, little movement has been made on broad forgiveness.

“It makes no sense for the Biden Administration to cancel nearly $2 trillion in student loan debt,” Romney said in a statement, seemingly referring to the unlikely scenario in which the president canceled the entirety of America’s student loan debt.

“This decision would not only be unfair to those who already repaid their loans or decided to pursue alternative education paths, but it would be wildly inflationary at a time of already historic inflation,” the senator added.

Recent indications from the White House suggest Biden is considering student-loan forgiveness of at least $10,000 per borrower through executive action, though questions remain around who would be eligible.

But despite the ongoing controversy around the policy, Treasury Secretary Janet Yellen said last week that student loan forgiveness “could be good for the economy.”

“There are some trade-offs involved that need to be analyzed,” she said during a Senate hearing.

Meanwhile, Democrats and advocates are continuing to urge Biden to consider even more forgiveness, with progressives pushing for $50,000 per borrower — an amount the president himself has said he is not considering.

Romney has previously spoken out against student loan forgiveness, calling it a “bribe” for voters. He’s cautioned that it could be a slippery slope that leads to broad forgiveness for other types of debt.