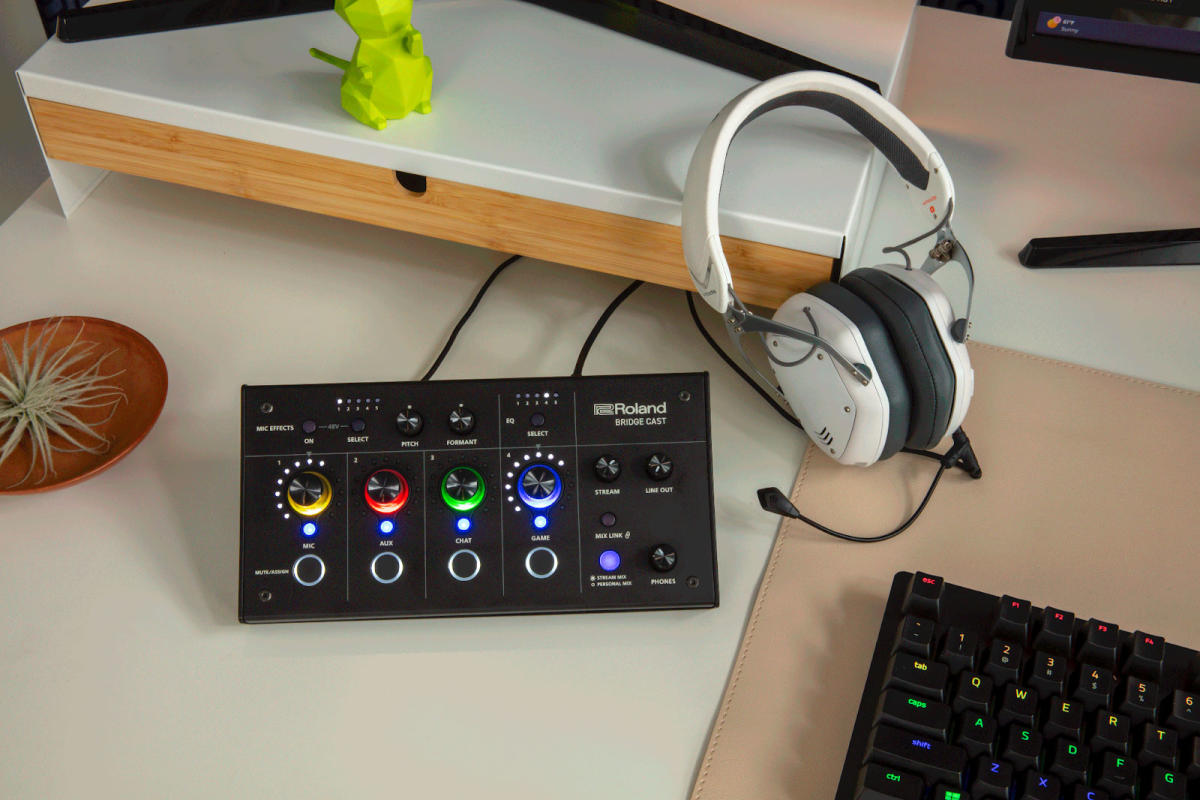 Roland may be a mainstay in the electronic music world, but it also dabbles in the occasional designer product. This year at CES, the company unveiled an audio interface aimed directly at streamers and it’s called the Bridge Cast ($299).

Like rival products such as the GoXLR or Rode’s Rodcaster Pro II, the Bridge Cast offers a way to direct different audio streams (chat, music, game audio, browser sounds, etc.) to different destinations – usually your mix local and the one your audience hears.

As you’d expect, there’s an input for an XLR mic and options for dual/downmixes as well as a selection of vocal effects. There are four channels with rotary controls for mic, aux, chat and game. Each channel also has a mute button to quickly remove unwanted audio without delving into settings. A nice touch is the ability to customize the faceplate. So if your channel, stream, or team has a logo, you can add branding to your Twitch or YouTube stream.

More in-depth control will apparently be available via companion software to fine-tune the sound of the mic or even the EQ of your game audio.

The streaming space has become a huge opportunity for traditional audio companies, and it’s good to see Roland continuing its commitment to this space. How it compares to its rivals remains to be seen, but if your New Year’s resolution was to finally get that stream off the ground, it looks like you have another option to consider.