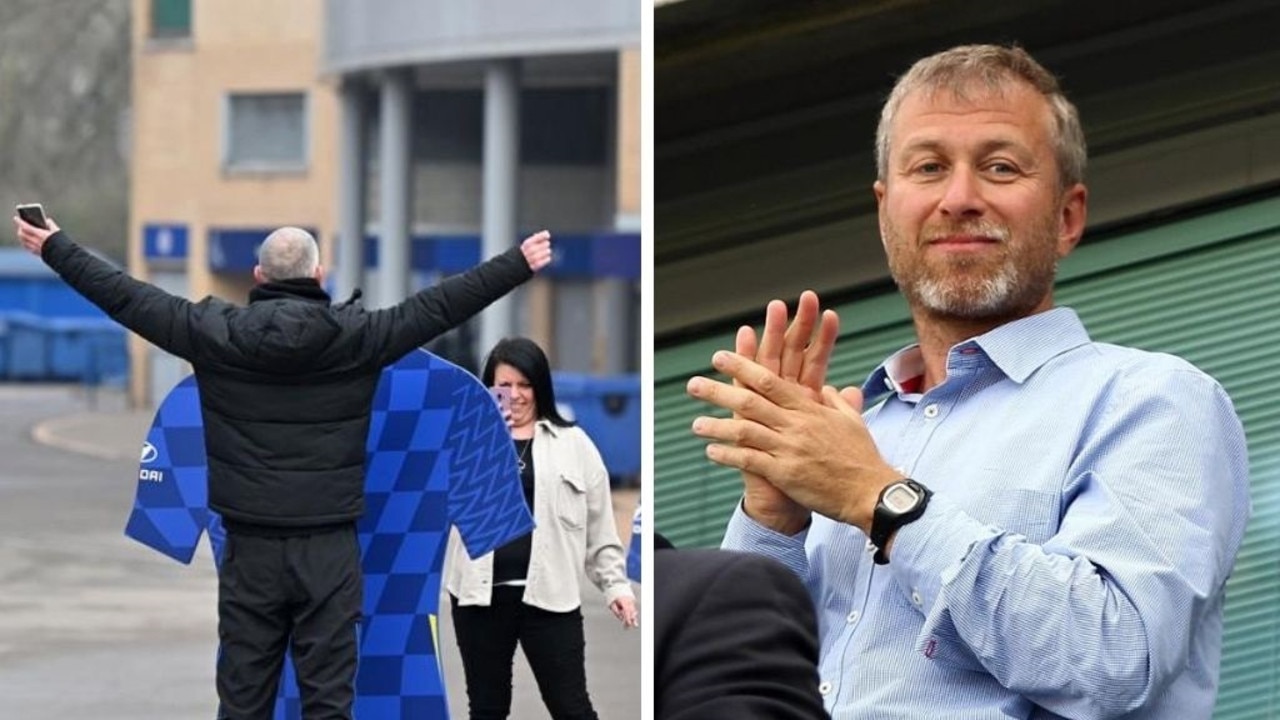 Russian billionaire Roman Abramovich was forced to hastily cut and run but not everyone is casting the ex-Chelsea owner as the villain.

Premier League chief executive Richard Masters welcomed Roman Abramovich’s decision to put Chelsea up for sale as fans thanked the Russian for the club’s “unparalleled success” under his ownership.

The billionaire has not been named on a growing British sanctions list targeting Russian banks, businesses and pro-Kremlin tycoons following Vladimir Putin’s invasion of Ukraine.

But the 55-year-old’s concern about potential seizure of assets is understood to have sparked his move to offload the Blues, a decision announced on Thursday.

Abramovich, who is reportedly worth $19 billion, has pledged to donate the “net proceeds” from the sale of the club to victims of the war in Ukraine.

Speaking at the Financial Times Business of Football Summit, Masters said: “I think the situation has escalated incredibly quickly over the last seven days and he’s come to the right conclusion.

“It’s unsustainable in the current environment. It’s a welcome decision and obviously, for the sake of everybody, including the fans, as soon as the sale process concludes everyone has certainty.”

Asked what would happen to the sale if Abramovich were sanctioned by the UK government, Masters told the audience in London: “I don’t think that will work.

“I think the quickest (sale) we have ever done is 10 days, that’s not to say that record can’t be beaten but normally it takes a number of weeks.

“It all depends on the complexity of the deal and the number of potential owners. Provided the information is easily digestible, easily understandable and gives us all the right answers it can be done relatively quickly.”

Meanwhile, Chelsea fans have expressed their appreciation of Abramovich, who has overseen the transformation of the club’s fortunes since he took charge in 2003.

The London side have won 19 major trophies in that time, including five Premier League titles and two Champions Leagues.

The Chelsea Supporters’ Trust said in a statement: “The CST would like to express our gratitude to Mr Abramovich for his affection, passion and dedication towards Chelsea FC.

“His support has brought us unparalleled success during his tenure. Chelsea supporters will never forget all he has done for our club. Thank you, Mr. Abramovich.”

Chelsea fans chanted the Russian’s name during their 3-2 FA Cup win at Luton on Wednesday.

“Everyone will remember him as a legend of this club,” said Oliver Critchfield, a police cadet, outside the club’s Stamford Bridge stadium.

“He put us on the map. He’s brought so many trophies. (We) won everything with him. Without him, it probably wouldn’t have happened.

“No one can say a bad word about him. He’s just literally come over and taken us to the next level.”

Since Putin’s brutal offensive began last week, Western companies have cut ties with Russian businesses and Masters said the Premier League was looking into the suspension or termination of its Russian television deal.

Earlier on Thursday, opposition Labor MP Chris Bryant said in the House of Commons: “It’s a mystery to me why Roman Abramovich has not yet been sanctioned.

“The government itself knows that he’s been engaged in illicit activity and he’s a person of concern to the government, which is why they’ve not been encouraging him to come to the UK.”

Culture Secretary Nadine Dorries would not name Abramovich but appeared to suggest such sanctions would happen.

“In football, I agree … and we have tolerated the investment of Russian kleptocrats for far too long,” she said.

According to reports, Abramovich is still holding out for a bid in the region of $5.5 billion for the club he bought for $255 million.

However, he has promised not to call in loans exceeding $2.7 billion owed to him by Chelsea.

Swiss billionaire Hansjoerg Wyss and US investor Todd Boehly, a co-owner of the Los Angeles Dodgers baseball team, are reported to be two of the parties preparing a joint bid for the Premier League giants.