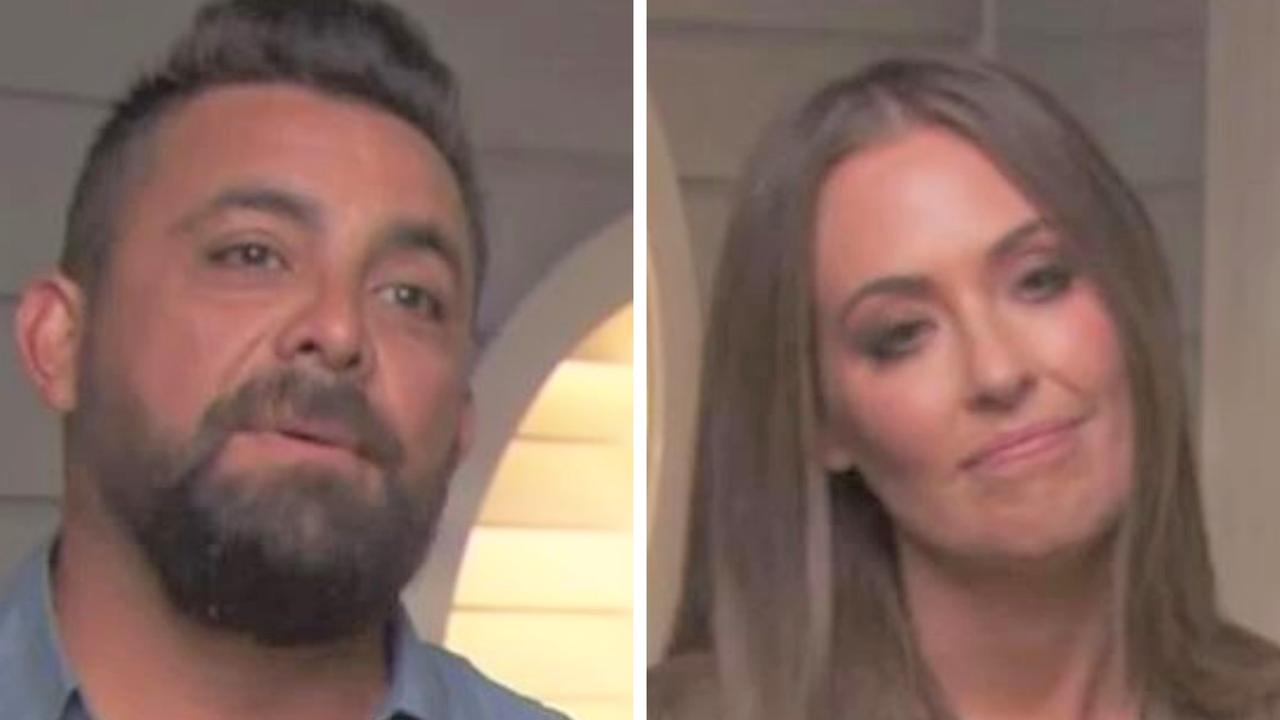 Viewers were stunned when Ronnie and Georgia came dead last in The Block – and now it emerges there was an instant fallout behind the scenes.

One of Ronnie Caceres’ Celebrity Apprentice castmates has given new insight into how Ronnie and wife Georgia handled their shock last-placing in the most recent season of The Block.

As returning players, the Perth couple were among the favourites to win the 2021 season of The Block – but instead placed fifth in the competition, earning total winnings of $296,000 for their efforts. It was a long way behind the winning couple, fellow returning faves Mitch and Mark, who scored more than $744,000 for the season.

Ronnie and Georgia’s disappointment at the result was palpable during The Block finale – they even had to momentarily excuse themselves during the other teams’ auctions, disappearing from the cameras as they dealt with the disappointment of coming last.

Now, Ronnie’s Celebrity Apprentice rival Darren McMullen has revealed the fallout extended to that reality show, which was filming at the same time as The Block’s houses went to auction.

Speaking on KIIS 101.1’s Breakfast Show with Jase & Lauren this morning after another episode of tension between he and Ronnie last night, former Voice host McMullen explained that Ronnie had to leave filming for a weekend to attend The Block auction – and said he was a different person when he returned.

“Something changed dramatically after The Block; I think everyone would say that. We were initially segregated into guys’ and girls’ teams – and the boys were really tight, we were winning all the challenges, everything was great. Then Ronnie went down to do The Block auctions in Melbourne and it didn’t go very well; I think they came last.

“He came back a different guy,” McMullen said.

Despite winning the most room reveal challenges throughout the season of The Block, Ronnie and Georgia made the least amount of money on auction day, even placing behind both teams who were implicated in the season-long “cheating scandal”.

The Perth couple appeared to make a subtle dig at their rival teams the day after the finale aired last November.

“Our The Block journey might not have ended the way we planned but it’s still such a fabulous financial outcome for our family,” they wrote.

“We hold our heads high knowing we left nothing in the tank, did the best we could while playing an honest and fair game.”

The Block this season relocates to country Victoria for the first time – but the new season has barely started filming and it’s already experienced more than one crisis.

First, one team, influencer Elle Ferguson and her fiance, former AFL player Joel Patfull, had to pull out as contestants days before filming started after Patfull’s mother suffered a nasty fall.

Nine scrambled to find a replacement for the pair – but now, weeks later, a wider crisis is affecting the show as a lack of tradies and building supplies has the construction company behind the show begging for “desperately” needed help to finish the builds.

“We desperately need help completing the current series of The Block, Tree Change,” Nine In Six Builders wrote in a public Instagram post.