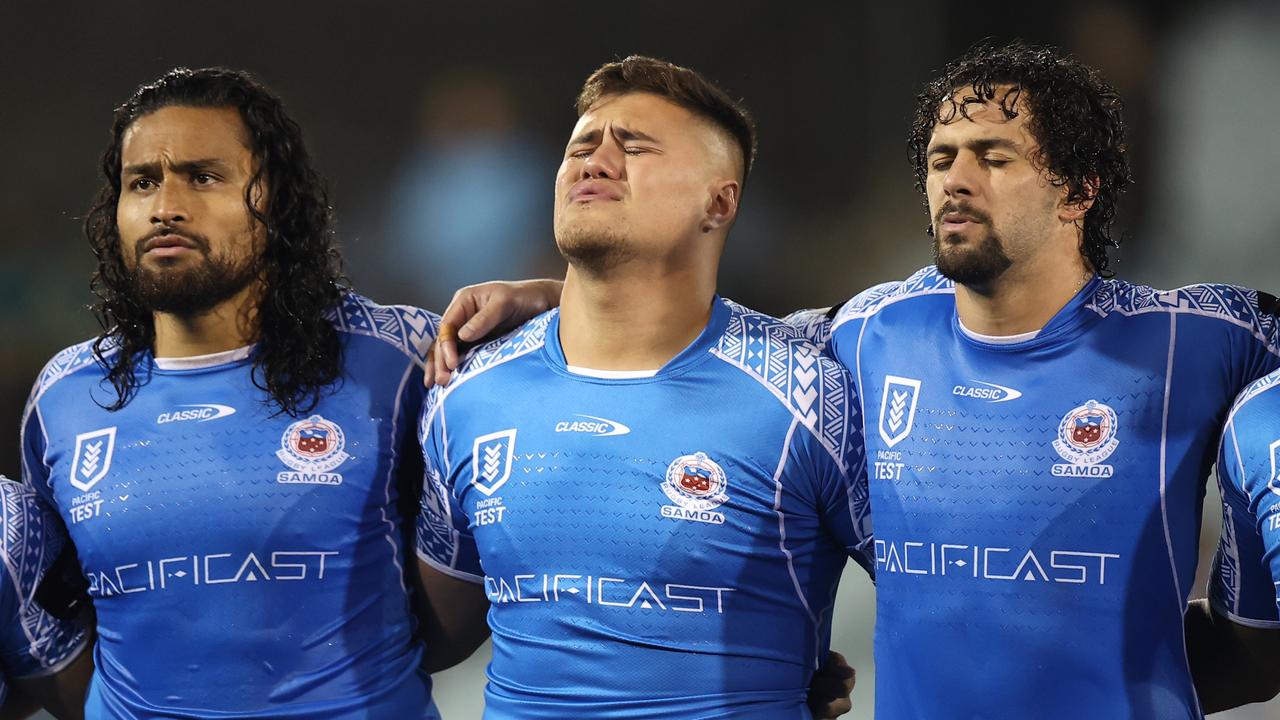 A star was moved to tears in incredible scenes as the rugby league rep’s round of football delivered spine-tingling moments in spades.

Emotions were running high in the round of rugby league reps.

Brandon Smith was on the verge of tears before representing New Zealand for the eighth time. And before Samoa took on the Cook Islands at Campbelltown Stadium, even more players were shedding tears.

However, for Samoan fifth-eighth Josh Schuster, there was a lot more behind his emotional response.

The Manly Sea Eagles star, who made his debut for Samoa in the game, said ahead of time: “I will definitely cry knowing how much it means to my family.”

Schuster’s international debut was also always going to be a bittersweet occasion following the death of his childhood friend and former teammate Keith Titmuss in 2020.

The 20-year-old tragically died during a training session after he started feeling ill and told staff he was suffering from cramps. He was taken to hospital by ambulance and died soon after, leaving the NRL world in shock.

Although Titmuss has yet to play a freshman game, he was training with the senior Manly squad and hoped to make his debut in 2021 but never got the chance.

Schuster told the Sea Eagles website he will be thinking of Titmuss when he puts on his Samoa kit.

“We always said at school what it would mean to represent Samoa together,” Schuster explained.

“So when I sing the anthem, I’ll be looking up at the sky and saying to Keith, ‘we did it bro’.”

Schuster’s family has also represented Samoa at elite level, including his grandfather, great-uncle and uncle all representing the nation in rugby league and rugby union.

Another brilliant feature of the Pacific Islands clashes is the pre-match war dances and Samoa Sipi Tau and Cook Islands Haka did not disappoint.

Eighth-placed Samoa beat 22nd-placed Cook Islands 42-12. But despite the one-sided scoreline, the pride and passion displayed throughout the weekend will ensure international rugby league is here to stay.