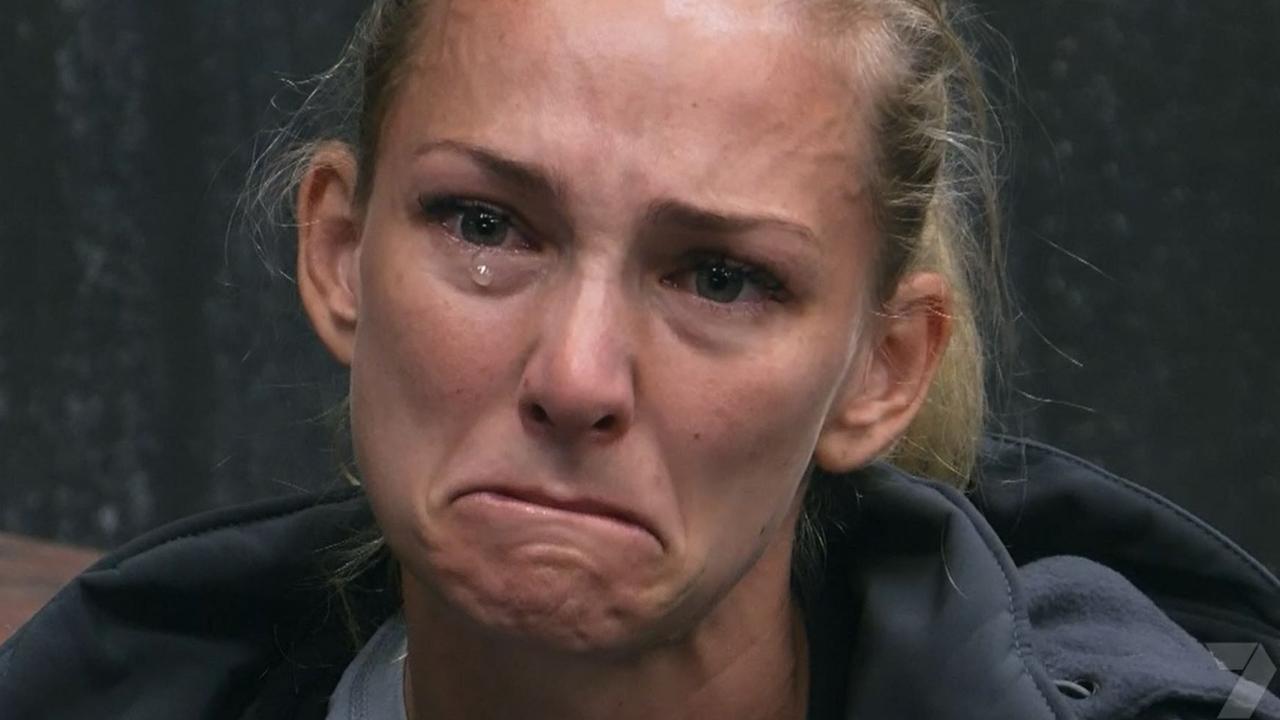 She might look like she has an Insta-perfect life. But in heartbreaking scenes, Anna Heinrich has emotionally revealed her inner turmoil.

Anna Heinrich has broken down while making a heartbreaking admission on SAS Australia in an episode that also saw the Australian TV personality almost succumb to hypothermia following an excruciating challenge.

Heinrich, who won the heart of Tim Robards on Australia’s first season of The Bachelor, was tasked with an “honesty test” during Monday night’s episode that required all of the show’s celebrity contestants to reveal their secret shame.

“I just don’t feel like I’m ever good enough and I’m just ashamed of sometimes who I am,” the 35-year-old said, breaking down during the emotional confession.

“And how I wanna be better and not so negative and have more self belief — and especially now that I’ve got a daughter. I wanna make sure I can instil that in her.”

Heinrich had given birth to her first child, daughter Elle, only a year before taking part in Channel 7’s extreme reality series, which filmed last year near Dapto on the south coast of New South Wales.

After suffering through a savage endurance test in freezing conditions on Monday’s episode, Heinrich was pushed to her limits and finished the challenge while displaying signs of hypothermia.

Her emotional admission of “secret shame” was one of many made by the remaining celebrities on the intense course. Olympic diver Melissa Wu bravely spoke about the pain she carries for her younger sister, who took her own life seven years ago.

“None of us realised how she was feeling,” she said.

“And I just feel — of everyone in the family — I’m the one who should’ve understood how she was feeling. Because I made the decision to do something for me that meant I sacrificed time with my sister that I can never get back and I’m ashamed of that selfish decision.”

Superbikes presenter Riana Crehan recalled the guilt she feels for excluding her father — who battled alcoholism and depression — from her life. She said he died of heart problems after she left him out of her wedding.

“I loved him so much but I was really angry at him for the way he was wasting his life,” she said.

With just four days of the selection course to go, the celebrity recruits were physically and psychologically drained during Monday’s episode that involved a surf immersion challenge and brutal beach endurance test in freezing conditions.

Olympic swimmer Geoff Huegill withdrew from the course two hours into the challenge.