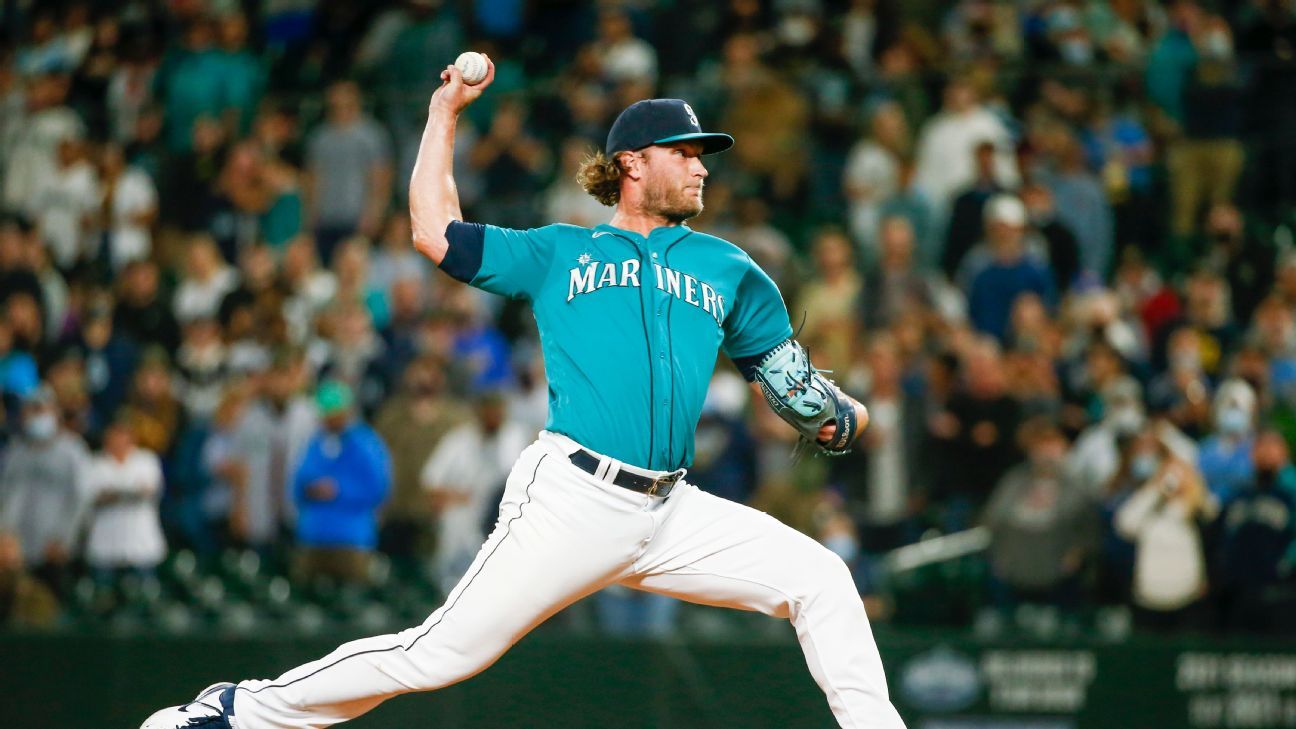 TORONTO — The Seattle Mariners put right-hander Drew Steckenrider on the restricted list before Monday’s game against the Toronto Blue Jays and called up left-hander Roenis Elías from Triple-A Tacoma.

Left-hander Robbie Ray remained on the active roster but did not accompany the Mariners to Toronto, where he won the 2021 Cy Young Award while pitching for the Blue Jays. The Mariners took advantage of an off day to alter their rotation so that Ray started Sunday in New York against the Mets, where he allowed five runs in six innings, improving to 4-3.

There was no locker for Ray in the Mariners’ clubhouse in Toronto. Mariners manager Scott Servais said Ray will rejoin the team in Boston on Thursday for a four-game series against the Red Sox, but he did not elaborate on the left-hander’s absence.

To enter the country, the Canadian government requires a person to have received a second COVID-19 vaccine dose — or one dose from Johnson & Johnson — at least 14 days before entry.

Players who go on the restricted list because they are not vaccinated against COVID-19 are not paid and do not accrue major league service time.

The three-game series beginning Monday is Seattle’s only regular-season visit to Toronto.

Ray went 13-7 with a 2.84 ERA and a career-high 248 strikeouts in 32 starts for Toronto last season, when professional athletes were exempt from COVID-19 border regulations. Ray signed a $115 million contract, five-year contract with Seattle last November and would have lost $346,154 had he been placed on the restricted list for being ineligible to accompany the team to Canada. Border exemptions for athletes ended in January.

Elías signed a minor league contract with the Mariners on April 1. He previously pitched for Seattle in 2014 and ’15, and again in 2018 and ’19. He also has pitched for Boston and Washington.

Elías, 33, last pitched in the majors with the Nationals in 2019. He had a 4.30 ERA in one start and 10 relief appearances at Triple-A Tacoma, striking out 11 and walking four in 14⅔ innings.