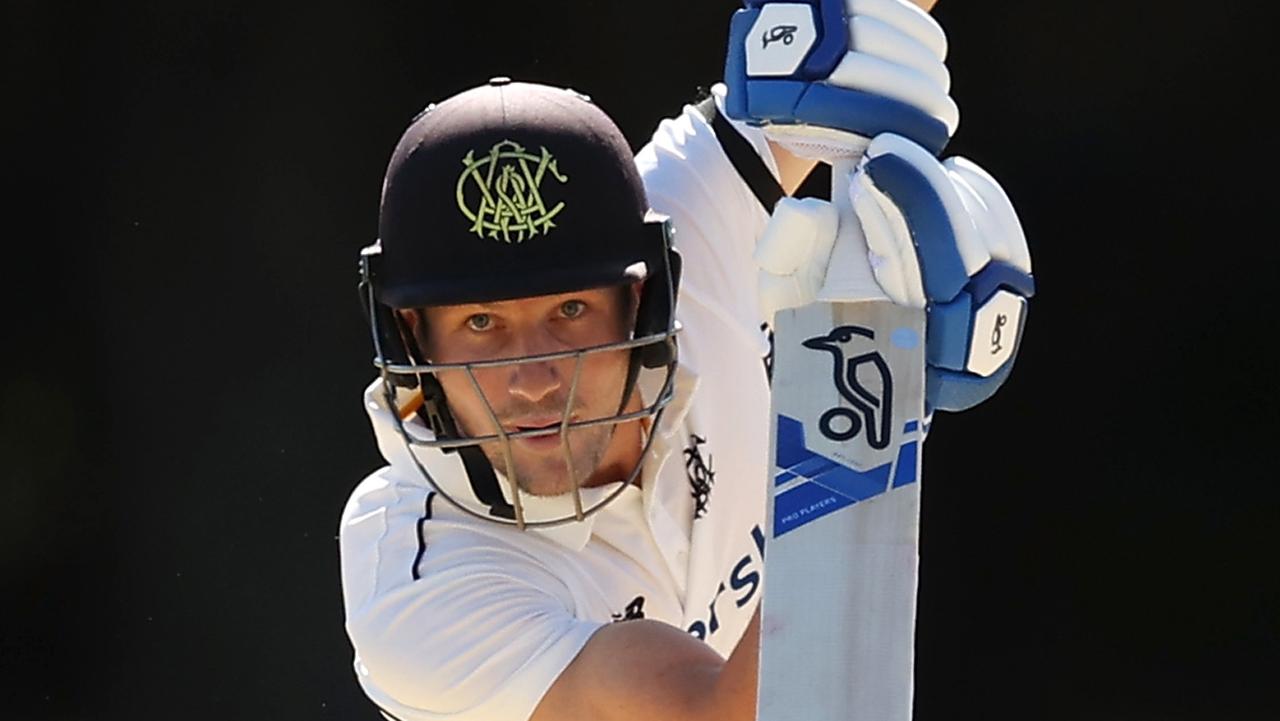 West Australian opener Cameron Bancroft has brought up his first century of the Sheffield Shield season during Tuesday’s fixture against New South Wales at Bankstown Oval.

The 29-year-old brought up triple figures on day one of the first-class contest, scoring 117 against a classy Blues bowling attack in Sydney.

Bancroft cracked nine boundaries in the patient knock that lasted 262 deliveries before he was dismissed by former Australian seamer Chris Tremain late in the evening session.

Tremain got the Kookaburra to nip back into the right-hander, beating the inside edge and trapping him on the front pad.

“NSW bowled really well so I had to work hard for runs,” Bancroft said at stumps.

“It is a wicket that is obviously quite slow with not a lot of sideways movement but there was enough variation to make it difficult.

“The outfield is really slow as well which doesn’t help and I think spin will play more of a role as the game goes on.”

Veteran batter Shaun Marsh scored 58, combining with Bancroft for a 141-run partnership for the second wicket.

Young all-rounder Jack Edwards claimed the other two scalps for New South Wales, removing Marsh and opening batter Sam Whiteman to finish day one with figures of 2/46 from 16 overs.

Western Australia was 3/231 at stumps with Hilton Cartwright and Josh Philippe undefeated at the crease on 29 and 5 respectively.

Bancroft last represented Australia during the 2019 Ashes series before he was dropped in favor of Victorian batter Marcus Harris ahead of the Headingley Test.

Since he was axed from the Test side, Bancroft has averaged 32.14 for Western Australia in the Sheffield Shield with four centuries to his name.

The first-class fixture will resume on Wednesday morning, with the first ball scheduled for 10.30am AEDT.