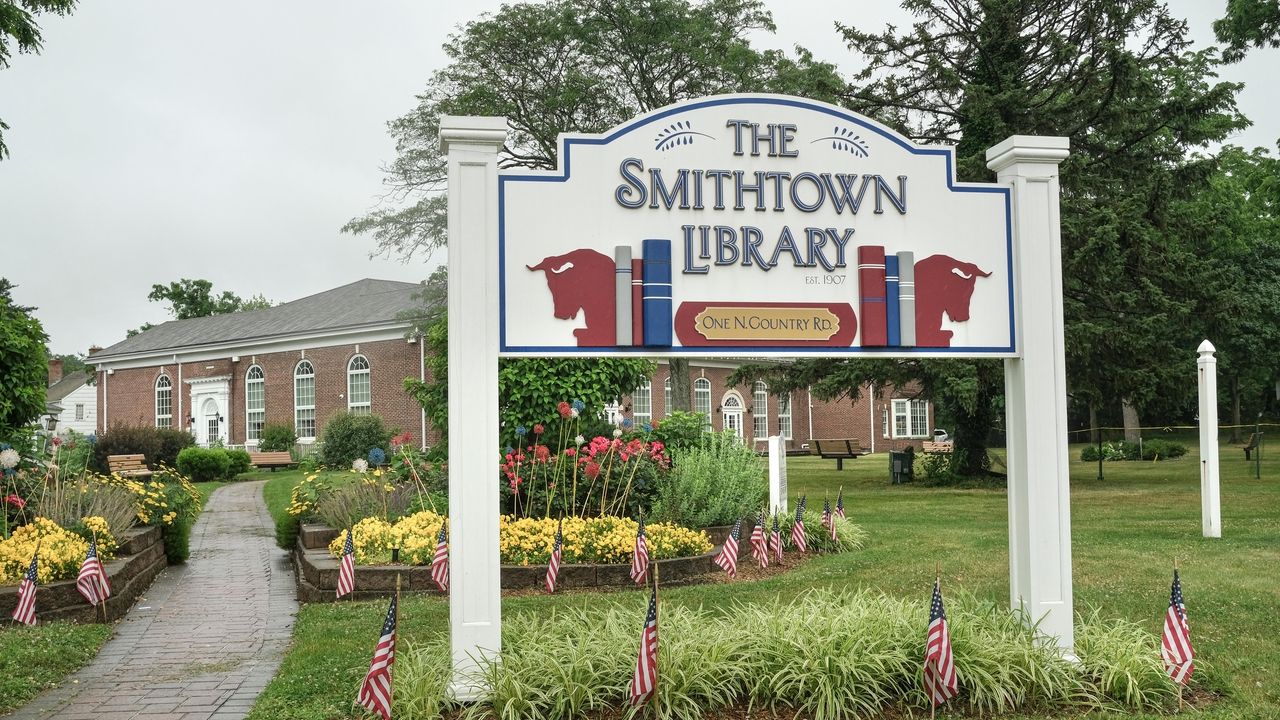 Facing an investigation by New York state human rights officials and withered public criticism from librarians, LGBTQ advocates and others, the Smithtown Library Board restored the month’s displays on Thursday. pride in his children’s reading rooms.

The 4-to-2 vote overturned the board’s decision at its Tuesday meeting to remove the displays, which included picture books like “Pink is for Boys” and “Pride Puppy,” and a history of the AIDS memorial quilt. The displays in the adult and teen areas of the library have not been removed and the books in the children’s display remain in the library’s collection, library manager Robert Lusak told Newsday.

The directors also adopted a statement, read by Chair Brianna Baker-Stines, saying the board “recognizes that our prior decision was made without the time, care and due diligence that a decision of this type deserves and that it was the wrong decision.”

Trustee Marie Gergenti, who made the initial request to remove the screens from the children’s room, told Newsday earlier this week that she was responding to complaints from community members, but ended a phone interview without give details of the complaints.

Gergenti and administrator Theresa Grisafi opposed the measure to restore screens at Thursday’s meeting, which took place over Zoom and had 1,000 attendees. Administrators Marilyn Lo Presti and Thomas Maher had voted to remove the screens earlier in the week, but on Thursday Lo Presti said she was abstaining to seek “the input of members of the LGBT community.”

Maher reversed his initial vote to withdraw and explained that he made his first vote because there was no “appropriate policy” in place yet.

After Thursday’s vote, David Kilmnick, president of the Long Island LGBT Network, said in an interview that members of his organization were “ecstatic” but determined to promote candidates for the library board to challenge Gergenti and other board members who supported the removal of screens.

“They woke us up and we’re going to make sure it doesn’t happen again,” Kilmnick said.

Earlier Thursday, Governor Kathy Hochul said in a statement that she had ordered the New York State Division of Human Rights to investigate the takedown.

“The law prohibits public places from engaging in discrimination based on sexual orientation or gender identity,” Hochul said. “Everyone – and especially our state’s young people – deserve to feel welcome at the library. For many LGBTQ+ children, libraries are a place of refuge and information where they can be welcomed and affirmed for whom they are. We will not tolerate a ‘Don’t Say Gay’ philosophy taking root in our state.”

A Hochul spokesperson said in an email that “an entity may be fined and ordered to cease its discriminatory policies if DHR finds, after an investigation and a public hearing, that it has violated the law”.

Some residents of Smithtown, a staunchly conservative town, said Thursday they supported the pullout.

“Let kids be kids without confusing them,” said Robert D’Addario of Commack, an aerospace industry retiree. The Pride exhibit “forces a discussion about homosexuality with an age group where it’s not at all appropriate to talk about sex”, he said, and reflected what he described as a national agenda. … there are flags everywhere, parades – It’s imposed on us at this point.”

Jerry Prinz, a barber, said Thursday in his shop at a Route 111 mall that gender and sexuality issues should be “for parents to talk to their kids about.” Books like those included in the library’s Pride displays “end up completely confusing the kids,” he said, although he said he hadn’t actually seen the displays.

But supporters of the show in Smithown and elsewhere said the Pride exhibits should never have been axed. Among them was novelist and Nesconset native Jodie Picoult, who tweeted that she was “disgusted” by board members who voted to remove screens.

In remarks at Thursday night’s meeting, Gergenti said the reaction in recent days was overblown and misdirected. “The doxxing, the depravity that I went through, I can’t even tell you,” said Gergenti, a conservative voice familiar at Smithtown school board meetings who was elected as the library trustee last fall.

Gergenti never advocated for the removal of books from the library, she said, and only cared about the welfare of children. “All children must be accepted,” she said, “not just a specific, particular group.”

Grisafi, in his own remarks at the meeting, also lamented that people were “labeled as hateful, ignorant and bigoted”. The removal of books about LGBTQ people from children’s bedrooms had “nothing to do with anyone’s personal sentiment towards Pride”, she said, but was intended “to present age-appropriate material to young library patrons.

Nicholas Spangler covers the city of Smithtown and has worked at Newsday since 2010.