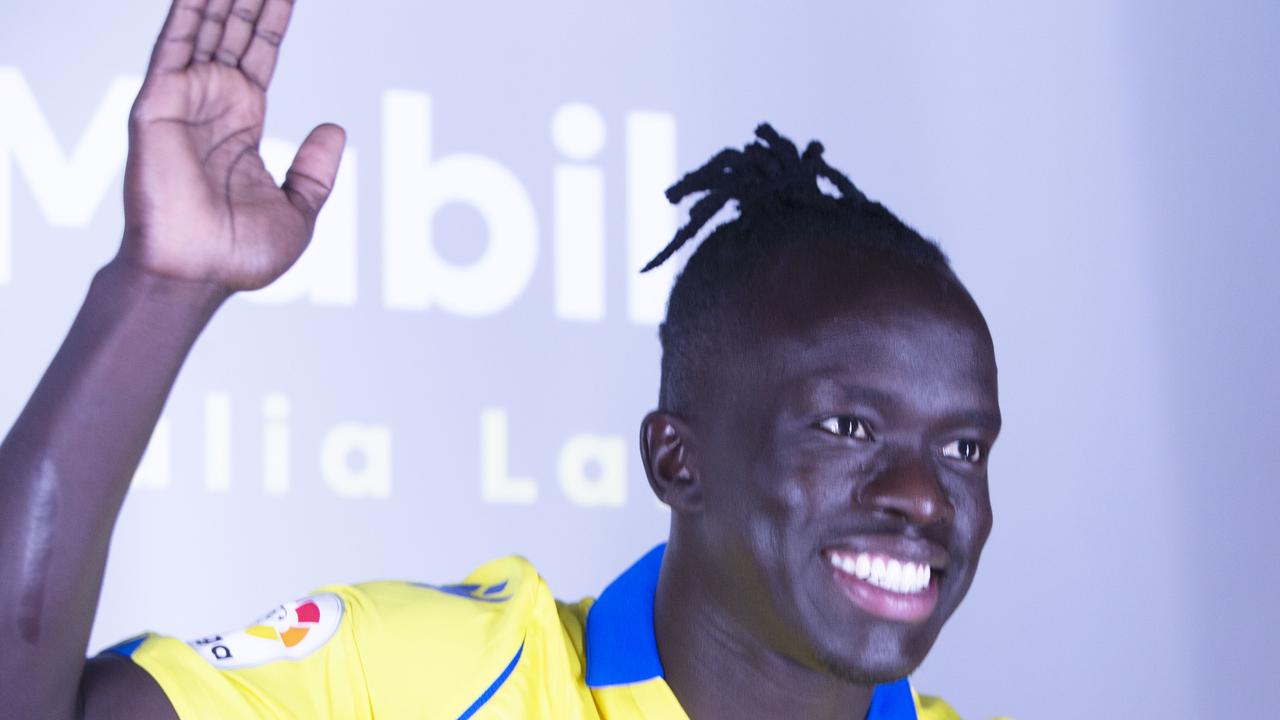 Awer Mabil is set to face some of the biggest clubs in the world after joining La Liga side Cadiz.

Confirmation of his transfer to the Spanish La Liga capped a remarkable month for Socceroos winger Awer Mabil.

Still on top after helping Australia defy the odds of qualifying for the World Cup via a hard-fought playoff campaign, Mabil had one more reason to cheer in Adelaide on Friday when his four-year contract with the Spanish club of Cadiz was announced.

“La Liga is one of the best leagues in the world, with some of the best teams like Barcelona, ​​Real Madrid and Atlético de Madrid,” Mabil said.

“I never imagined that I could play against them – now it’s a reality.

“Now I have to work hard. I will do my best to win games, (and) against the big teams it will be even more special.

The 26-year-old former Adelaide United striker says securing a contract with a La Liga club was a reward for his determination to prove critics wrong after a rocky end with the Danish side of FC Midtjylland.

“A year ago someone told me I wasn’t good enough to play in one of the top five leagues (in the world),” he said.

“I took that as motivation. I look for little things to motivate myself and this is just another step for me to take my game to another level.

“Everyone has their own path. It’s just how much you want it and how much you’re willing to put into the work.

“I could have come back (to the A-League) after Denmark and not played so much… but I was determined to make it happen one day.

“I had to go through those tough times. Anyone going overseas, the most important thing is to have that courage and keep going, and remembering what you want to achieve…because the doors are closing. will open for you.

A similar determination to prove doubters wrong inspired the Socceroos in this month’s World Cup qualifiers against the United Arab Emirates and Peru.

“Not many people believed in us, especially after we didn’t qualify directly (for the World Cup), but we did,” said Mabil, who scored a penalty in the game-clinching victory. Australia in a penalty shootout against Peru.

“We are going there (to Qatar 2022) with the same momentum. We need what we need to improve and we will work on those things.

Mabil said the Socceroos had no fear of being a group that included reigning world champions France, as well as Denmark and Tunisia.

“We see the group as a good group and that can work in our favor depending on how we take it, and we’re going to take it with both hands.”