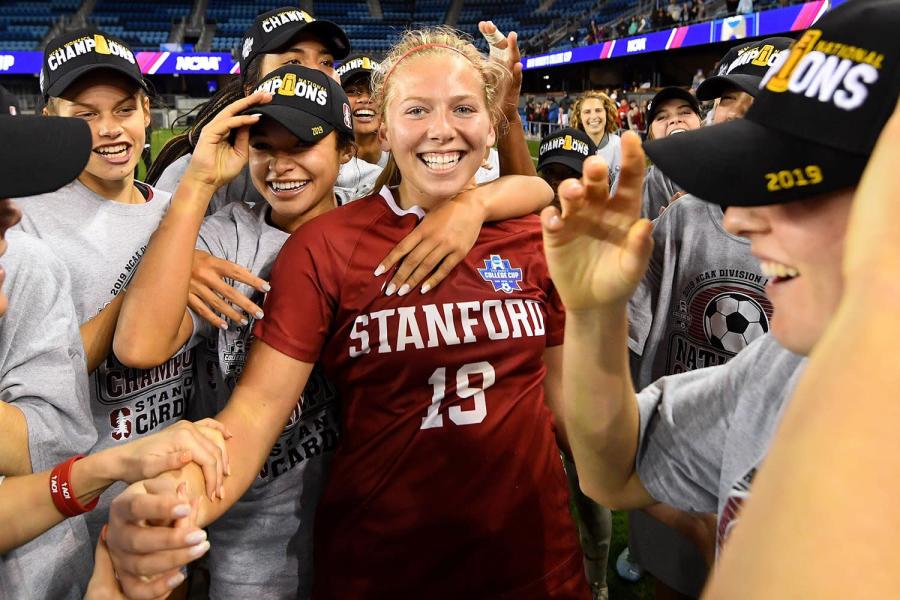 Rising soccer star Katie Meyer’s cause of death has been confirmed by the County of Santa Clara Medical Examiner-Coroner.

“There is no indication of foul play, and Meyer’s death was determined to be self-inflicted,” the County of Santa Clara, Calif., said in a statement provided to PEOPLE Thursday.

“We are exceedingly saddened to hear about the death of Katie Meyer, a beloved, talented and respected Stanford student, athlete and Santa Clara County resident,” the statement continued. “The Medical Examiner-Coroner extends sincerest condolences to the family, friends, and fans of Katie Meyer.”

Meyer, the goalkeeper, and captain of the Stanford women’s soccer team was just 22 years old.

“On 03/01/2022 at approximately 11:33am, Sheriff’s Deputies responded to a dormitory on Stanford University’s Campus for a report of a death investigation,” Sheriff Laura Smith said in a news release provided to PEOPLE.

“Katie was extraordinarily committed to everything and everyone in her world,” Stanford Vice Provost for Student Affairs Susie Brubaker-Cole said in a statement on Wednesday.

“Her friends describe her as a larger-than-life team player in all her pursuits, from choosing an academic discipline she said ‘changed my perspective on the world and the very important challenges that we need to work together to overcome’ to the passion she brought to the Cardinal women’s soccer program and to women’s sports in general,” the statement continued.

Meyer previously made headlines when she made two key saves in a penalty shootout against North Carolina to help Stanford win the national championship in 2019.

“Katie was a bright shining light for so many on the field and in our community,” Brubaker-Cole said.

“There are no words to express the deep sadness we feel about Katie Meyer’s passing,” he said. “Katie was an outstanding student-athlete and a beloved, passionate leader here at Stanford. Our entire athletics community is heartbroken and Katie will be deeply missed.”

Tea US Soccer Federation, The NCAA and Meyer’s teammates at Stanford also shared tributes to the late athlete.

“I am heartbroken. I had the honor to play alongside Katie for a season and she inspired not only me but everyone else around her,” former teammate Lauren Sesselmann shared on Twitter. “Your amazing heart & smile will be missed.”

Meyers — who was a senior who was studying majoring in International Relations and minoring in History — discussed balancing her life as a student and athlete in her bio on the university’s website.

“Traveling during Fall Season can be stressful because I miss classes, but my professors have been so accommodating and understanding… my teammates and I try to pay them back by getting big wins for the Farm,” she wrote.

Brubaker-Cole encouraged the students to take care of themselves and each other amid the tragedy.

The university made counseling available at Meyer’s residence hall and to athletes following her death.

If you or someone you know is considering suicide, please contact the National Suicide Prevention Lifeline at 1-800-273-TALK (8255), text “STRENGTH” to the Crisis Text Line at 741-741 or go to suicidepreventionlifeline.org.

The County of Santa Clara offers free and confidential counseling services from highly trained phone counselors 24 hours a day, every day, to anyone in crisis. Residents who may need support, resources or information can call 855-278-4204 or contact the Crisis Text Line: Text RENEW to 741741 (text COMUNIDAD for Spanish) to speak with a counselor. Services are always available in English, Spanish, and other languages.