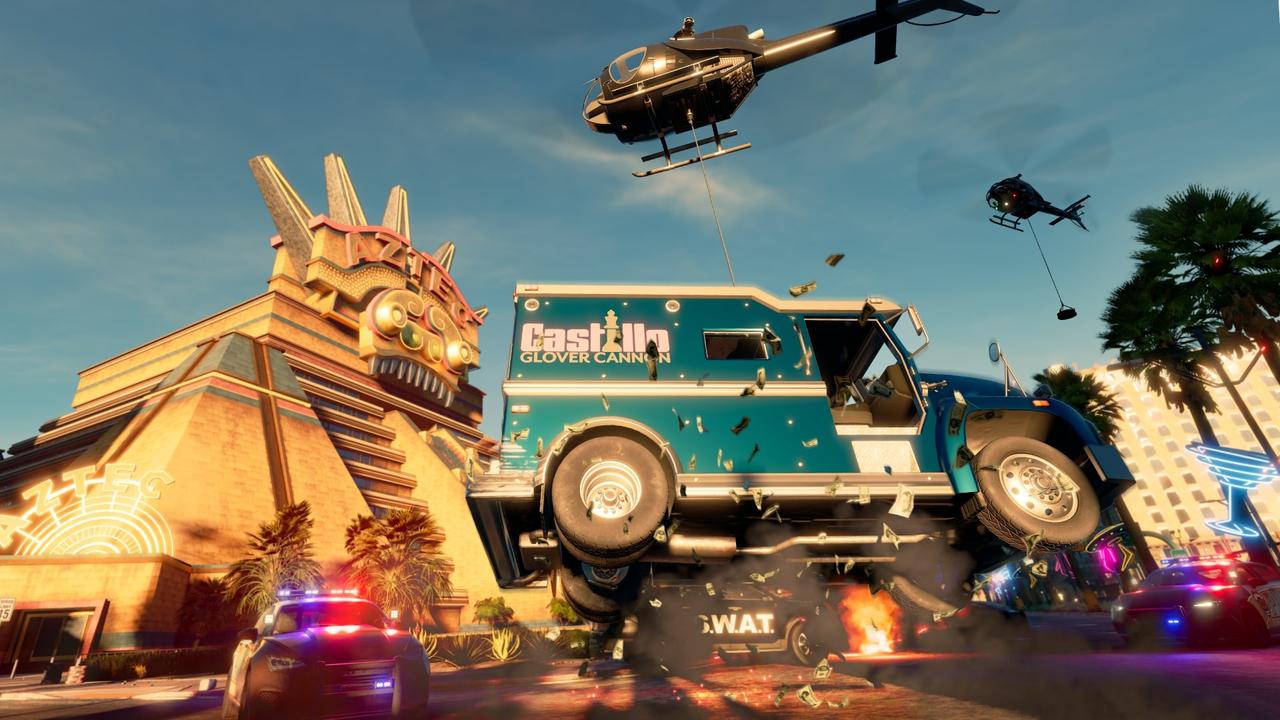 We had the usual slowdown in June and July where we saw mostly announcements but not a lot of big releases. But August has just arrived and it will be full of new games to play.

There’s something for everyone with two great upcoming sports games, a turn-based tactical shooter, games to start a cult or build a college campus, a highly anticipated detective game and a few remasters and nostalgic remakes. PC gamers get another PlayStation gem with improved graphics.

Let’s take a look at the best games released in august 2022.

Hard West 2 is very similar to XCOM but with cowboys in a supernatural version of the American West. It features turn-based tactical combat, so you’ll have to think before you make a move.

Sequel to the hit game Two Point Hospital, Two Point Campus is a business simulator that tasks you with building and managing a college campus. You will appoint the staff and organize the lessons, but you will also have to take care of the needs of your students and keep them happy.

Worship of the Lamb

In it, you play as a lamb who starts his own cult and recruits other animals to join them. Once you’ve brainwashed some Disciples, you can assign them tasks for you while you’re busy completing dungeons and killing bosses.

PC gamers will be treated to another PlayStation-exclusive game this month. Marvel’s Spider-Man Remastered brings one of the best Spidey games of all time to the most powerful gaming platform and with the best graphics.

Every August we get the latest American Football video game and this year is no exception. Madden NFL 23 promises many improvements over its predecessor, and this year’s box cover will pay tribute to legendary NFL coach and commentator John Madden, who lent his name and expertise to launch the video game series in the 80s.

Saints Row is like GTA but different. Both are crime games, but while GTA tries to keep it real, Saints Row brings a lighter take on the “build your own criminal empire” fantasy.

This new Saints Row game is a reboot of the series that takes you to the fictional town of Santo Ileso and promises a massive open world to explore and conquer, along with plenty of ways to customize your character, cars, and weapons.

Saints Row will be released on August 23 on PC, PS4, PS5, Xbox One and Xbox Series X|S.

Pac-Man World Re-Pac is a remake of a popular 1999 Pac-Man game for the original PlayStation console. Expect heaps of fun, updated graphics as you blast your way through six different worlds as the iconic yellow ball.

Pac-Man World Re-Pac will be released on August 26 on PC, PS4, PS5, Xbox One, Xbox Series X|S and Switch.

Destroy all humans! 2 – Reprobed is another remake. The original game was released for PS2 and Xbox in 2006 and played as an alien impersonating the US President in the 60s while seeking revenge against the KGB for destroying his ship.

After F1 22, which puts you at the controls of a Formula 1 car, F1 Manager 22 will allow you to make decisions in one of the 10 teams of the flagship discipline of motorsport. This new game, which is about to start a series, promises unprecedented control over every minute aspect of F1 team management.

After Shredder’s Revenge showed everyone how to make a nostalgic 90s 2022 game the right way, now we get a compilation of 13 classic Teenage Mutant Ninja Turtles games with The Cowabunga Collection. The games arrive in their authentic 8- and 16-bit era glory and all three versions of Tournament Fighters are included.

TMNT: The Cowabunga Collection will be released on August 30 on PC, PS4, PS5, Xbox One, Xbox Series X|S and Switch.

Written by Stoyan Ovcharov on behalf of GLHF.