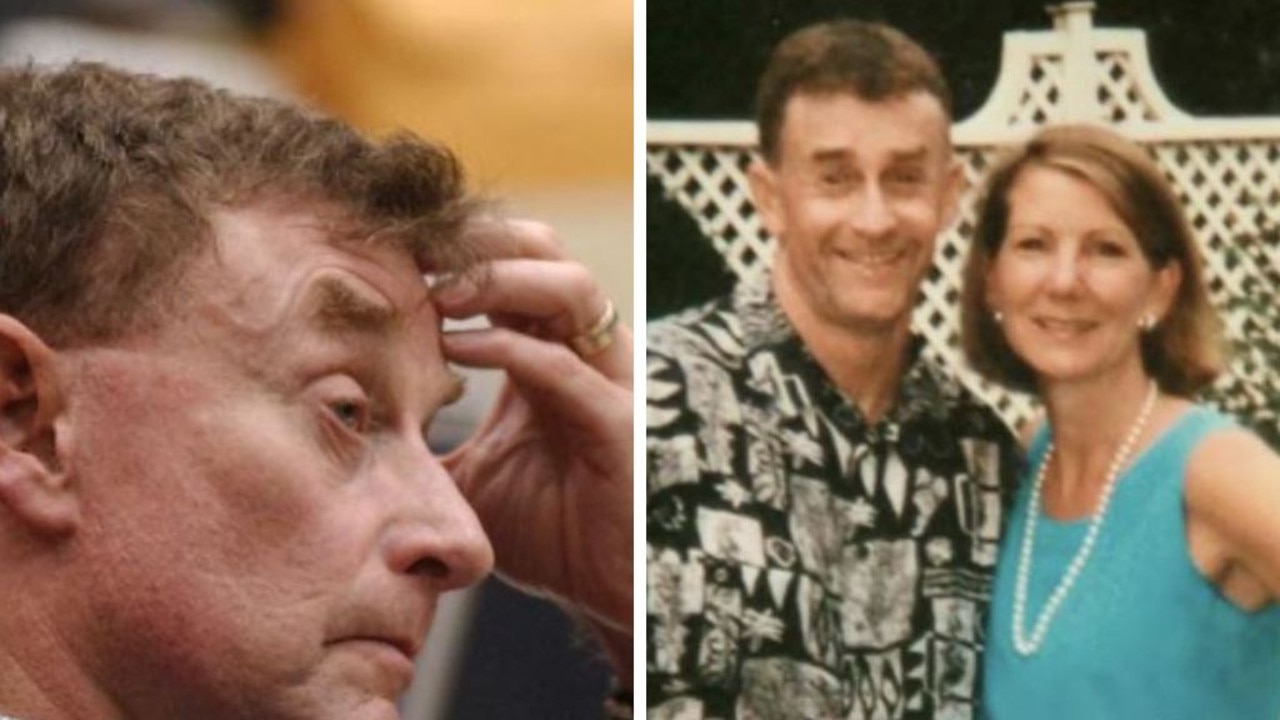 Multiple theories emerged during Michael Peterson’s murder trial in 2003, none more bizarre than the claim an owl was responsible. Here’s what we know.

When 48-year-old Kathleen Peterson was found unconscious in a pool of blood at the bottom of the staircase in her North Carolina home in 2001, her tragic death soon made headlines as controversy mounted over what happened.

Kathleen’s husband, Michael Peterson, made the shocking discovery of her body, claiming she had fallen, but an examination into the death on the staircase revealed injuries inconsistent with a fall – including curious lacerations to Kathleen’s scalp – and it was soon ruled as homicide.

Michael was convicted of murder at trial in 2003 and sentenced to life in prison, before he was granted a retrial eight years later in which his charge was reduced to manslaughter. He was sentenced to time already served and ultimately freed.

While he has always maintained his innocence, speculation has swirled over who the killer may be or whether it was simply an unfortunate accident.

But there’s also a third theory – dubbed ‘the Owl Theory’ – that suggests Kathleen may have been attacked by a barred owl.

The case is the subject of new eight-part true-crime dramaThe Staircase, now streaming on Binge.

The compelling drama, starring Australia’s own Toni Collette and Oscar-winner Colin Firth, is full of twists and turns exploring the relationship dynamics of the Peterson family and the events leading up to Kathleen’s death.

Collette, who plays Kathleen, says she felt a particular accountability portraying the wife and mother, explaining, “This woman died. We don’t know how she died, but there’s a big responsibility that comes with bringing a truthful quality not only to that experience, but to her life.”

So what really happened to Kathleen and could an owl possibly be the culprit? It’s not as far-fetched as you might think.

Was Kathleen Peterson killed by an owl?

There are three main theories surrounding Kathleen Peterson’s cause of death.

The most obvious and widely held is that Michael bludgeoned her with a fireplace tool or ‘blow poke’, causing scalp lacerations and knocking her down the stairs.

Curiously, the blow poke was noted as missing from the home and never recovered.

The second theory is that Kathleen was under the influence of pills and alcohol, and simply tripped on the staircase.

The third and most sensational theory is death by owl.

It was suggested by the Petersons’ former neighbour, a lawyer named Larry Pollard, who brought the idea to Michael’s defence team that Kathleen may have gone outside, been attacked by an owl and run back inside in a panic, slipping on the staircase.

Stream The Staircase on BINGE. New customers get a 14-day free trial. Sign up at binge.com.au

Not necessarily. Although unlikely, Michael’s defence lawyer David S Rudolf says there was enough circumstantial evidence to not entirely dismiss the death-by-owl theory, including the facts that:

-Barred owls were living in the woods near the Peterson house

-Barred owls have been known to attack people

-There were drops of blood on the outside walkway

-A feather was found on Kathleen Peterson’s body

-There were strands of Kathleen’s hair, which had been pulled out rather than torn or cut, found in dried blood on her hands

Wait, could an owl really kill a human?

Alfred Hitchcock forever altered our perception of our feathered friends (or is that fiends?) with his iconic 1963 thriller The Birds, in which flocks of seagulls, sparrows and crows attack a community.

The movie took inspiration from a real mass bird attack in California in 1961, in which hordes of birds dive-bombed homes and cars.

“It should be noted that barred owls are known to owl experts to attack people out of the blue, unprovoked, with no warning,” explains ornithology expert Dr Alan van Norman in the Netflix docuseries about the case.

Although barred owls are known to attack and have sharp talons and beaks, the death of a human from an attack remains extremely unlikely.

So what was Kathleen Peterson’s cause of death?

This has never been determined.

Although Michael Peterson was convicted of her murder in 2003, he was released in 2017 after being granted a new trial on the grounds of questionable testimony from a key witness.

Michael has always maintained the police were out to get him following Kathleen Peterson’s death, amid claims about extramarital affairs he was having with men.

By pleading guilty to the reduced charge of manslaughter, he was sentenced to time already served and walked free.

Leigh Livingstone is a journalist, presenter and editor who has co-hosted and produced Popcorn Podcast since 2019. You can find more about her career here.