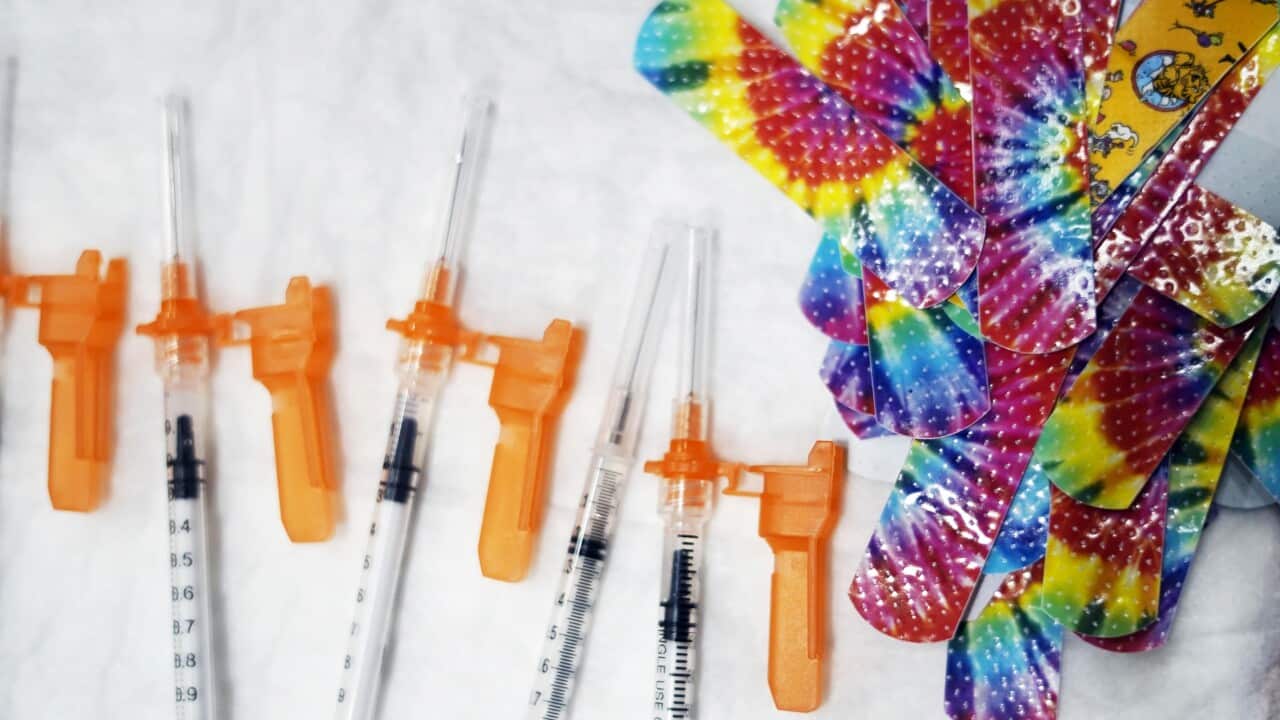 As the number of coronavirus-related deaths in Australia continues to rise, questions are being raised about when the country will start vaccinating children under five, after the Centers for Disease Control and Prevention (CDC) in the United States has approved vaccines for children. from the age of six months.
The Green Decision lights up a rollout across the United States starting this week.
It comes after more than 100 COVID-19 related deaths were announced over the weekend in Australia, including 48 in Victoria.
More than 47,000 new infections have also been recorded since Thursday.
There are currently more than 212,000 active cases of COVID-19 across the country, with nearly 2,900 hospitalized patients.

Regarding the rollout of the vaccine in the United States in babies and young children, Associate Professor Dr Nicholas Wood, of the Westmead Clinical School at the University of Sydney Children’s Hospital, said that Australia would pay particular attention.

“Safety will be very actively monitored in the United States, so Australia will be able to observe the American experience. Before vaccinating the child, parents will want to know, is it safe, how safe is it?
“They will also want to know how effective the vaccine is. The vaccine trials were not large enough to give a very good estimate of the effectiveness of the vaccine. Again, this will be researched when it is rolled out around the world real. “
While COVID-19 is generally milder in children, it was the fifth leading cause of death among children aged one to four in the United States, according to the CDC.
Earlier this week, Moderna and Pifzer presented their case to the CDC panel in support of vaccination in this age group, saying their vaccines were safe.
“As children under the age of four experienced the greatest increase in their risk of hospitalization due to COVID-19 during the Omicron surge, it is now vital to initiate this series of vaccinations to begin protecting children. this summer,” said Dr. Jacqueline Miller, senior vice president of infectious diseases. to Moderna said.

Vaccine side effects, including fever and fatigue, tend to be minor in children and less common than in adults.

In its clinical trials, Moderna found that two shots of its vaccine, each with a quarter of the adult dose, were about 40-50% effective in preventing mild infection.
The Pfizer-BioNTech vaccine also produced a strong immune response, but only after three doses.
Pfizer says its vaccines, which are only one-tenth the adult dose, have an overall effectiveness of 80% in children under five.
But this calculation is based on a sample of only 10 people.
Dr Susan Wollersheim of the Food and Drug Administration Center for Biologics Evaluation and Research in the United States said it would be difficult to draw conclusions without more data.
“It’s really difficult to make comparisons between these two vaccines. So I don’t think we can really go there with the data we have.”

In Australia, the Therapeutic Goods Administration has begun its assessment of a request from Moderna to extend the use of its COVID-19 vaccine to children aged six months to five years.

Currently, this mRNA vaccine is tentatively approved for people age six and older and as a booster dose for adults age 18 and older.
A lower dose of the vaccine is being evaluated for children aged six months to five years.
Dr Wood says more trials will be needed before a final decision is made.
“The approach is either to do a larger clinical trial or to deploy the vaccine in the community, and see and then monitor the effectiveness from there.
“I think due to the fact that the United States had 200 deaths in this young age group, and they were concerned about children being admitted to the hospital, they decided to roll out the vaccine, and based on fairly strong safety data from the vaccine trial.
“And the other thing they can do is they look at the immune responses. So in these particular trials they took a subgroup of kids and they did blood tests on them, and they looked for their COVID antibody responses. And the antibodies that the children were making about the same amount of antibodies as seen in 18 to 25 year olds.”

Dr Wood added that while preliminary trials indicate a good immune response in young vaccinated children, at this stage more real data is needed to back this up.

The pandemic “is clearly not over”

The weekend virus statistics come after the federal government on Friday approved an additional $760 million to help states and territories fight the virus.
The existing funding agreement between cCmmonwealth and the States was due to expire in September, but has been extended for three months.
Prime Minister Anthony Albanese said the pandemic “is clearly not over yet and it would be very brave to suggest that you can do that projection”.

Meanwhile, a new study points to continued brain fog and memory loss in long-term COVID patients, with no improvement even after a year.

Adapting to Pandemic Threats (ADAPT) research finds that nine out of 10 people with long-term COVID were not taken to hospital when they initially caught the virus.
Experts say there is a “common misconception” that only people who have felt the full force of the virus develop long COVID.
Professor Bruce Brew of St Vincent’s Hospital thinks it may take another year to see improvement in patients who have had COVID for a long time.
“The impact of long COVID on some is significant,” he said.
“I had a patient, a businessman who had to sell his business because he could no longer focus on contracts and negotiations in meetings.”
Steven Faux, who runs the long-running COVID clinic in St Vincent, is seeing up to 10 new patients every week, with many young people struggling to keep working.
“We see people with sluggish thought processes and confusion that looks a lot like traumatic brain injury,” he said.
More information will be presented at the 8th National Brain Injury Conference at the University of Sydney which opens on Tuesday.