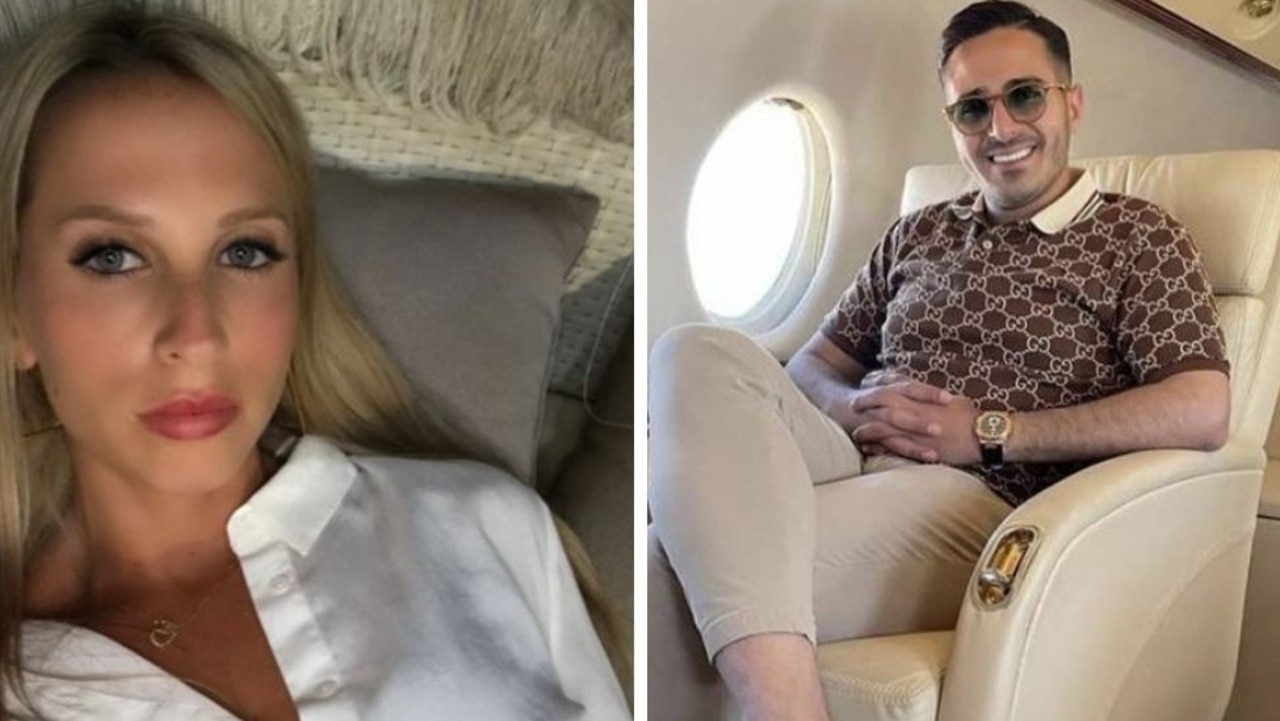 The fraudster has now targeted a 33-year-old woman after he was imprisoned in two countries for conning women.

A high-flying businesswoman feared she was being targeted by The Tinder Swindler as he resurfaced on Instagram this week.

Clare Harris claims she was approached on Tuesday by Simon Leviev.

But the British director recognised the convicted fraudster, whose real name is Shimon Hayut, from the hit Netflix documentary.

When single Clare, 33, confronted him about his past, he claimed it was all lies and “bull****” and that his accusers were “paid actresses”.

She added: “When I questioned him about his crimes, he started going mad. It didn’t wash with me. He quickly deleted all the messages but I saved them.

“I have no doubt he was trying to come on to me and get me to meet.”

Brazen Leviev, 32, who is dating Israeli model Kate Konlin, 24, has been accused of conning £7.4 million ($13.4million AUD) worldwide out of women he met on Tinder.

He is now banned from the dating app — but has popped up on Instagram under the same alias of Leviev.

He told Clare the documentary, The Tinder Swindler which has been watched by more than 50 million people last month, was nonsense.

Netflix told how Leviev posed as the heir of a diamond billionaire to charm women online to try to persuade them to lend him money.

Leviev sent Clare three videos where he goes through piles of printed documents highlighting what he says are factual errors from the program, including credit card statements, images of him kissing an unnamed blonde and flight tickets.

Clare, originally from London but now living in Tel Aviv, said: “For a start, why is he adding me when he has a girlfriend?

“How does he think anyone could be so stupid as to believe a word that comes out of this mouth? I called him a pussy and told him to prove he did not scam the women. He lost his s***.

“He messed with the wrong woman if he thought he could worm his way into my life. Absolutely no way would I ever give him a penny.

“I am sure his girlfriend won’t be too shocked to see he is messaging random women again. Guys will be guys.

“She is going out with the Tinder Swindler after all.”

The reality is Leviev served two years in a Finnish prison for fraud, being released in 2017.

He was then arrested in 2019 in Israel and convicted of historical forgery, theft and fraud charges, being sentenced to 15 months in jail.

He is now in Israel and claims to be pursuing a Hollywood career.

Leviev was mocked last week by Samantha Hales, 36, of Derby, thought to be one of his first dating site conquests.

She claimed: “He couldn’t pull any strokes in the bedroom. He was a total flop. I had to show him the ropes.”

A spokesman for Leviev said: “Simon is not romantically involved with anyone but Kate. All kinds of people are trying to get famous off him right now.

“All of his accounts have been hacked and he doesn’t have an account currently. When his account was active, he did engage with people reaching out to him because it’s no secret he looks forward to telling his side of the story in the near future.”