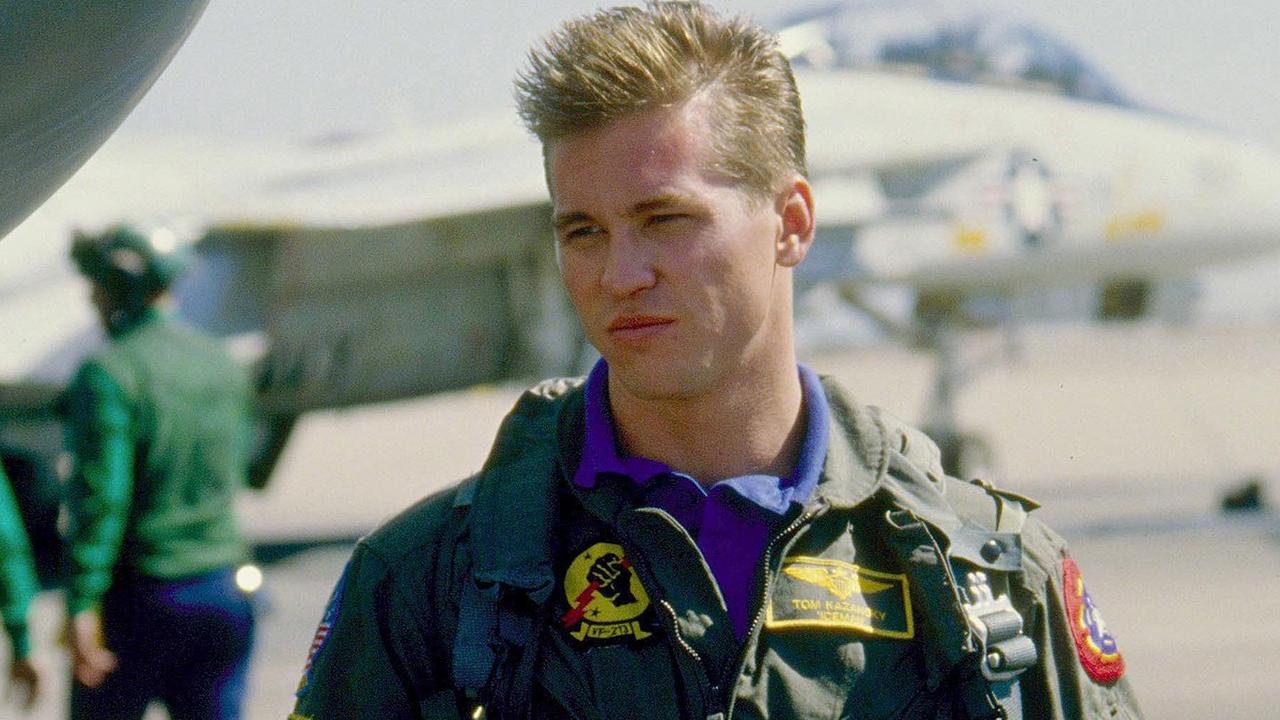 Top Gun fans better get in the brace position for the most heart-tugging reunion when Val Kilmer makes a near-miraculous comeback in the forthcoming sequel.

Even Tom Cruise’s daring aerial stunts fail to match the bravery of the 62-year-old actor who lost his voice as a result of lifesaving throat cancer surgery, The Sun reports.

Grown men have shed tears watching Val return to the role of cocksure Tom “Iceman” Kazansky that made him famous in 1986.

A highly charged scene with Tom’s pilot, Maverick, is at the emotional heart of the movie that has received five-star reviews from critics ahead of its release next Wednesday.

The original transformed the then unknown Val into Hollywood’s hottest hunk, and he has dated the likes of singer Cher, supermodel Cindy Crawford, and actors Daryl Hannah and Angelina Jolie.

But a reputation for being difficult to work with, financial woes and his cancer battle seemingly wrecked all hopes of ever seeing Val star in another movie.

But radical new artificial voice technology has given the actor the ability to speak again.

Despite that, convincing Top Gun producers that he was fit to return to active duty was a tough task for the movie veteran.

Val insisted, rightly, that there was no Top Gun without Iceman.

He stated: “Tom was Maverick, but Maverick’s nemesis was Iceman. The two went together like salt and pepper.

“It didn’t matter that the producers didn’t contact me. As The Temptations sang in the heyday of Motown soul, ‘Ain’t too proud to beg’.”

That certainly wasn’t Val’s attitude three decades ago when he was handed the script for director Tony Scott’s movie about recruits to the US Navy’s Fighter Weapons School.

The then 26-year-old thought it was “silly” and only accepted the role because he was under contract with the studio.

At that point, Val had only appeared in two comedies, Top Secret! and Real Genius.

He reportedly formed a Team Iceman camp to rival anyone on the Maverick side and went off partying while Tom diligently learned his script.

Val said: “Tom refrained from our revelry, with good reason. From day one, he was laser-focused on a singular goal — to become the greatest action hero in the history of film.”

Accepting the part proved to be a fortuitous break for Val as Top Gun was the box office’s biggest hit of 1986 and Val’s line, “you can be my wingman any time,” is part of pop culture.

Two years later the ladies’ man met his wife, British actress Joanne Whalley, 60, on the set of fantasy film, Willow, and they had two children, Mercedes, now 30, and Jack, 26.

His insistence on method acting — when an actor stays in character for long periods — caused problems for both his marriage and co-stars.

For the whole year he played tragic rock frontman Jim Morrison in 1991’s The Doors, he didn’t break from the role at home or prize himself out of the same pair of leather trousers.

During an audition for the Oliver Stone film, Val got so caught up in the moment that he allegedly “struck” actress Caitlin O’Heaney, which resulted in a financial settlement.

Batman Forever (1995) director Joel Schumacher described Val — who only played the caped crusader once — as “psychotic” and, after starring in sci-fi horror The Island Of Dr Moreau a year later, its second director John Frankenheimer said: “There are two things I will never ever do in my whole life: I will never climb Mount Everest and I will never work with Val Kilmer ever again.”

Val acknowledges that he overstepped the mark now and again.

His actress daughter Mercedes, who is so close to her dad that she lives next door to him in California, said: “He has the reputation of being difficult, which is deserved and undeserved.”

Val is now in regular contact with his children’s mother despite their acrimonious split in 1996.

The actor claimed he only learned that Joanne had left him via news reports.

The actress, best known for her role as a call girl in 1989 film Scandal, sued Val over alleged non-payment of child support in 2011.

Recently, though, he said: “Joanne and I have a tremendous respect for one another and she was and is a huge part of my life.”

Val, who has claimed to prefer the company of women to men has, surprisingly, been single now for a couple of decades.

Ex-girlfriend Cher, who he dated in 1981 before he was famous, proved crucial in Val’s lifesaving cancer treatment.

In 2015, the actor was short of funds and living alone after a property deal in New Mexico had cost him millions of dollars in the 2008 financial crisis.

Val woke one morning in a pool of blood he had coughed up due to a growing lump in his throat that had been making it difficult for him to swallow.

“I presumed this was the day of my death”, he wrote in his autobiography I’m Your Huckleberry.

He was given an emergency tracheotomy — an incision through the front of the neck and into the windpipe to help a patient breathe — at nearby Santa Monica hospital. But he needed ongoing care and it was lifelong pal Cher who organised for him to be transferred to the David Geffen School of Medicine, which is renowned for its cancer research.

For two months Val underwent chemotherapy and radiation before leaving to convalesce at Cher’s Malibu guesthouse.

He wrote: “Once Cher works her way inside your head and heart, she never leaves.”

When fellow A-lister Michael Douglas revealed in 2016 that Val had cancer he denied it, before revealing the truth a year later.

These days Val is open about his struggles. Footage from his documentary, showed Val throwing up after signing autographs in a wheelchair at fan convention Comic Con in London.

But the actor, who was brought up as a Christian Scientist by his parents, credits God rather than medicine, for curing his cancer.

Val has said his faith healed him “much faster than any of the doctors predicted”.

Followers of Christian Science believe diseases, including cancer, do not really exist and are the result of negative thoughts.

The actor has said: “There is nothing either good or bad but thinking makes it so. I prayed, and that was my form of treatment.’’

What cannot be denied is that science has been a major player in giving Val his voice back.

A tech company called Sonantic took old voice recordings of the actor and used artificial intelligence to turn them into words played through a speaker.

Val said: “I was struck by throat cancer. After being treated, my voice as I knew it was taken away from me. People around me struggle to understand me when I’m talking.

“But despite all that I still feel I’m the exact same person.”

Val, who wears scarfs to cover up his tracheotomy and often looks puffy faced, insists he feels far healthier than he looks.

That has allowed him to play an older and wiser Iceman in Top Gun: Maverick.

In the new film his character is an admiral in command of the US Pacific Fleet and on friendlier terms with top test pilot Maverick, who is trying to dodge a promotion that would see him grounded.

While Val may not have as many lines this time round, he is thrilled to be back.

He concludes: “The characters never really go away. They live on, in deep freeze. If you will pardon the pun.”

This article originally appeared on The Sun and was reproduced with permission.