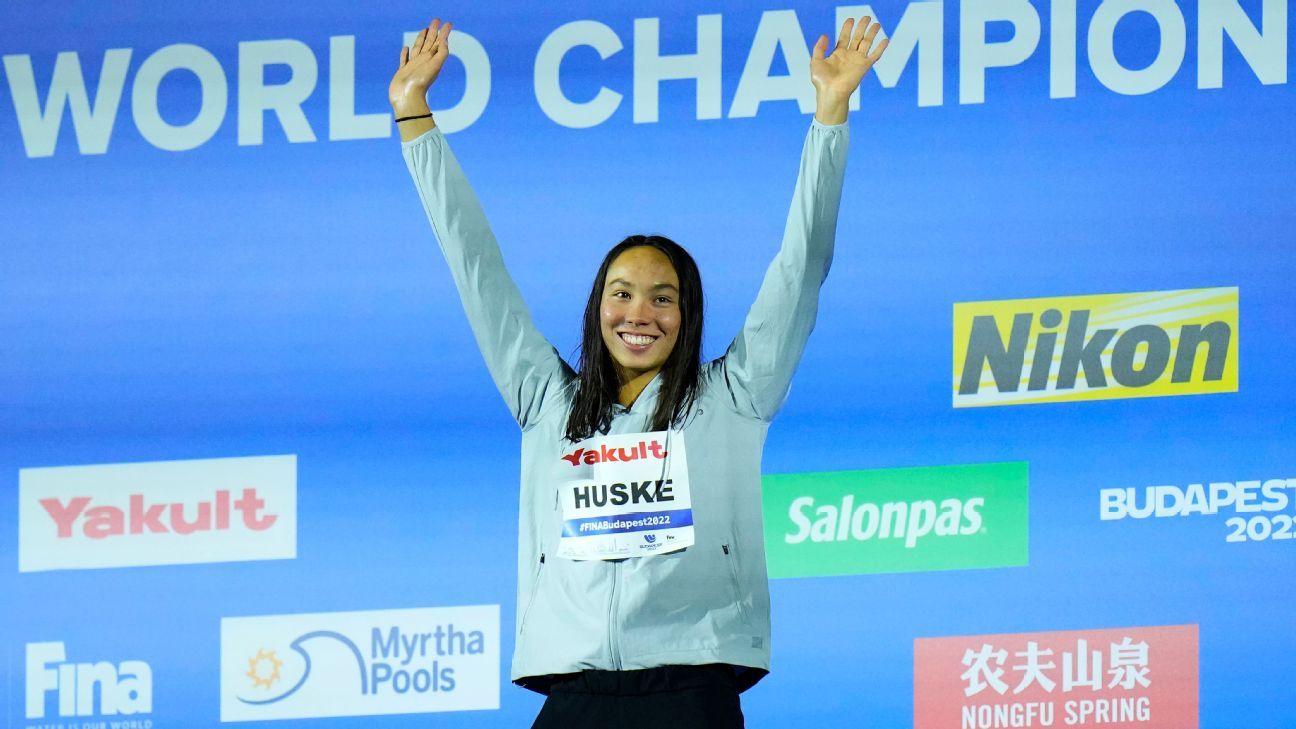 Torri Huske, Caeleb Dressel and Alex Walsh all won for the United States on day two of racing at the world swimming championships on Sunday.

Only Nicolo Martinenghi prevented a clean American sweep as the 22-year-old won Italy’s first-ever gold in the men’s 100m breaststroke.

“My first medal, a gold medal in my first world championship final, that’s something special,” said Martinenghi, who also set a national record.

Huske, 19, bettered her own American record in the women’s 100m butterfly, clocking 55.64 seconds to finish ahead of French swimmer Marie Wattel and China’s Zhang Yufei.

“It’s a bit surreal. I feel like I haven’t really processed it yet,” said Huske, who was 0.29 seconds off the world record pace at the 50-yard mark. time more than place. At the end of the day, I just want to see that I’m improving.”

Dressel was half a second off the world record by winning gold in the men’s 50m butterfly in 22.57, ahead of Brazil’s Nicholas Santos and his American teammate Michael Andrew.

“It feels good to get rid of the first individual title (gold). It’s always the most nerve-wracking,” said Dressel, who became the first American to win back-to-back world titles in this event.

Andrew set a personal best to win his first medal and he reflected on Dressel’s dominance.

“Even though he’s a teammate, I still want to beat him. It’s good to have a guy like him in a lot of the events I’m in because it pushes me to work even harder,” Andrew said.

Britain’s Benjamin Proud, who was fastest in qualifying, was seventh, 0.51 off the pace.

“I’ve had my eyes set on this record for a while now and I’m so happy to finally have it,” Hayes said.

That brought the Americans’ medal tally to 12 overall – five gold, one silver and six bronze.

“I forgot what it was like to have so many people in the crowd and I was shocked, honestly, looking up from my race and seeing the stadium was full of people,” said Walsh.

The biggest cheers of the night were for hometown favorite Katinka Hosszu, the 2017 and 2019 champion, who placed seventh in what could be her final world championships on home soil. Hosszu will be 38 when Budapest hosts the event in 2027.

“It’s such an honor to race Katinka. I really looked up to her all these years and it was fun,” Walsh said.

Martinenghi won the first gold of the night in the men’s 100 breaststroke, clocking 58.26 seconds ahead of Dutch swimmer Arno Kamminga and American Nic Fink. Fink was fastest over the first 50 meters but finished 0.39 seconds behind Martinenghi.

Apostolos Christou of Greece set a championship record 52.09 in the 100 backstroke semifinal. Thomas Ceccon of Italy and Hunter Armstrong of the United States were the next fastest.