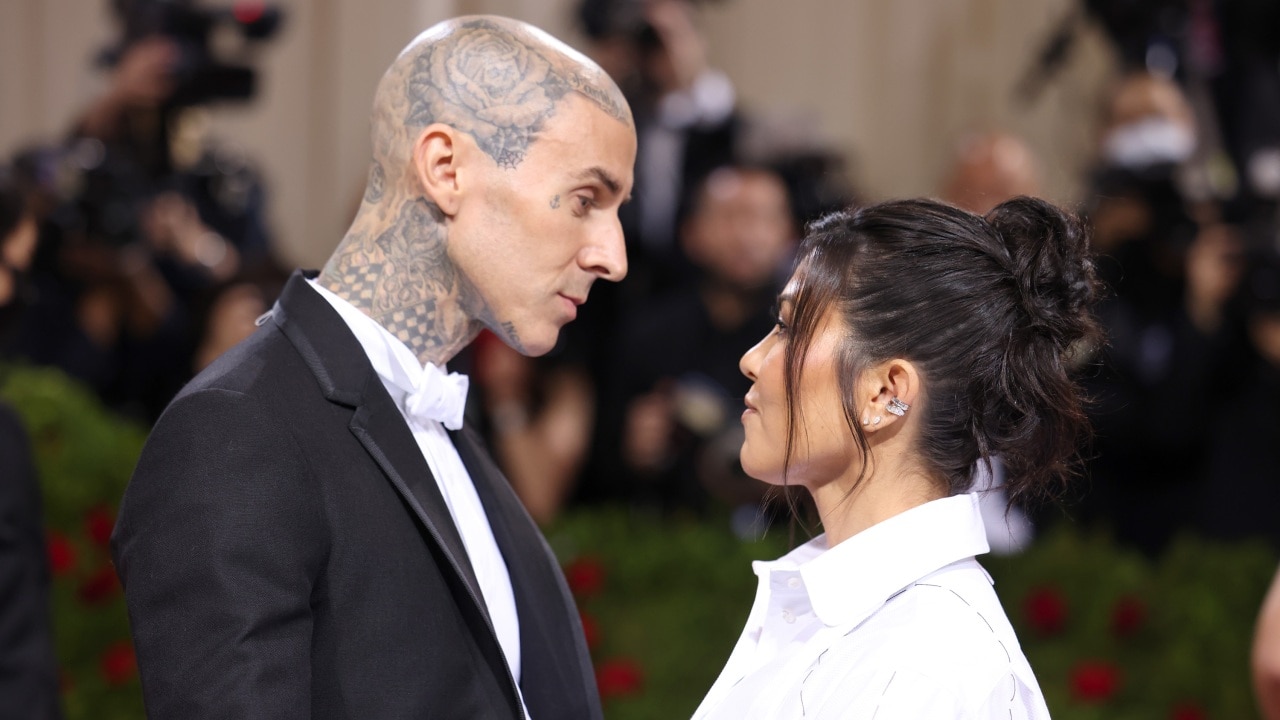 US drummer Travis Barker was seen lying on a stretcher outside a Los Angeles hospital with his wife Kourtney Kardashian by his side – just hours after sharing a disturbing tweet to his fans.

Travis Barker, 42, has been rushed to hospital in an ambulance after sending a disturbing tweet to his fans.

The Blink-182 drummer was seen lying on a stretcher outside Cedars-Sinai Medical Centre in Los Angeles on Tuesday morning as his reality TV star wife Kourtney Kardashian followed closely.

It is currently unclear what the medical emergency is.

The 42-year-old shared a tweet: “God save me” at 10:45am (local time) – the same name of the song he released with Machine Gun Kelly in March.

His 16-year-old daughter Alabama also wrote “please send your prayers” in her Instagram story to her 1.4 million followers.

According to TMZ, the pair first arrived at West Hills Hospital on Tuesday morning before being transported to Cedars-Sinai Medical Centre for further treatment.

Kardashian was spotted dressed in black sweatpants and a hoodie covering her head as her security team followed in a black Range Rover.

The health scare comes just over a month after the pair officially tied the knot on May 22 in Portofino, Italy, after holding two separate ceremonies in the US.