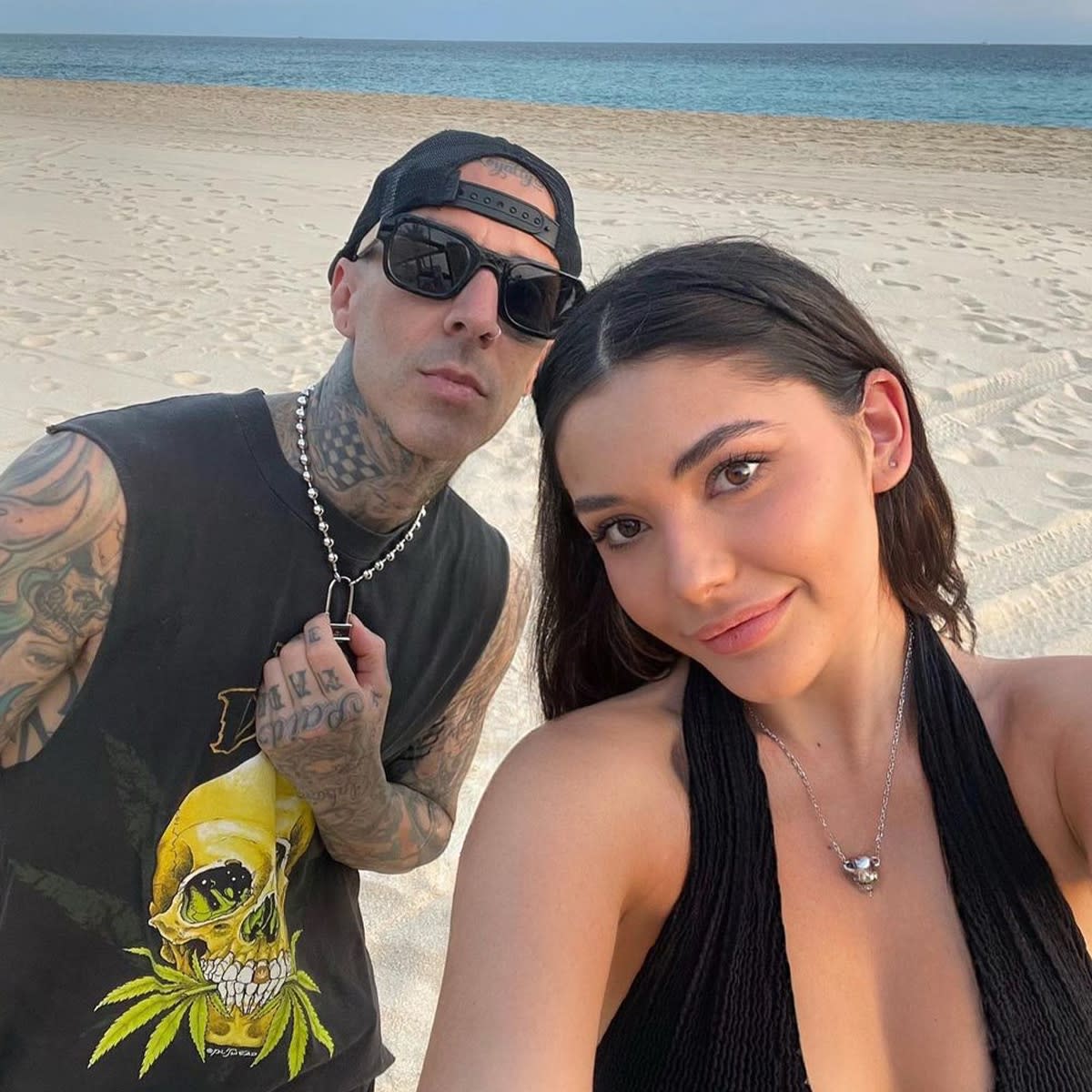 Atiana De La Hoya is appreciating all the small things.

After her stepdad Travis Barker was hospitalized, reportedly for pancreatitis, the 23-year-old took to her Instagram Story to thank her followers for their support.

“Thank you for the outpouring of love and prayers sent out way at this time,” she wrote on June 29. “It is heard, felt and appreciated. Xx”

According to TMZ, citing multiple sources connected to the family, the Blink-182 drummer was rushed to Cedars-Sinai Medical Center in Los Angeles on June 28 with an inflammation of the pancreas that causes abdominal pain—which doctors believe was triggered by a recent colonoscopy.

Atiana—the daughter of Travis’ ex Shanna Moakler and Oscar De La Hoya—wasn’t the only family to speak out on the rocker’s health condition. His daughter Alabama Barker wrote on her Instagram Story on June 29, “Thank you guys for all of the prayers and love, I appreciate you & love all of you.”

The day prior, she had asked fans, “Please send your prayers.” Soon after, the 16-year-old also shared a photo of herself holding her dad’s hand from the side of his hospital bed. She captioned the since-deleted post, “Please say a prayer,” adding two broken heart emojis.

Landon Barker has not yet publicly commented on his dad’s condition. On the day of the medical incident, the 18-year-old was in New York City where he joined Machine Gun Kelly on stage during a sold-out concert Madison Square Garden. Atiana attended the performance and showed support for her stepbrother by posting video footage to her Instagram Story.

Upholding with her “in sickness and in health” vows she made last night, Kourtney Kardashian was photographed by her husband’s side as he entered the hospital.

“He was in extreme pain yesterday, and he and Kourtney were both really worried,” a source close to Kourtney tells E! News. “It was to the point where he could barely walk.”

But after spending the night in the hospital, Travis is expected to “be OK and is doing better today,” according to the source.