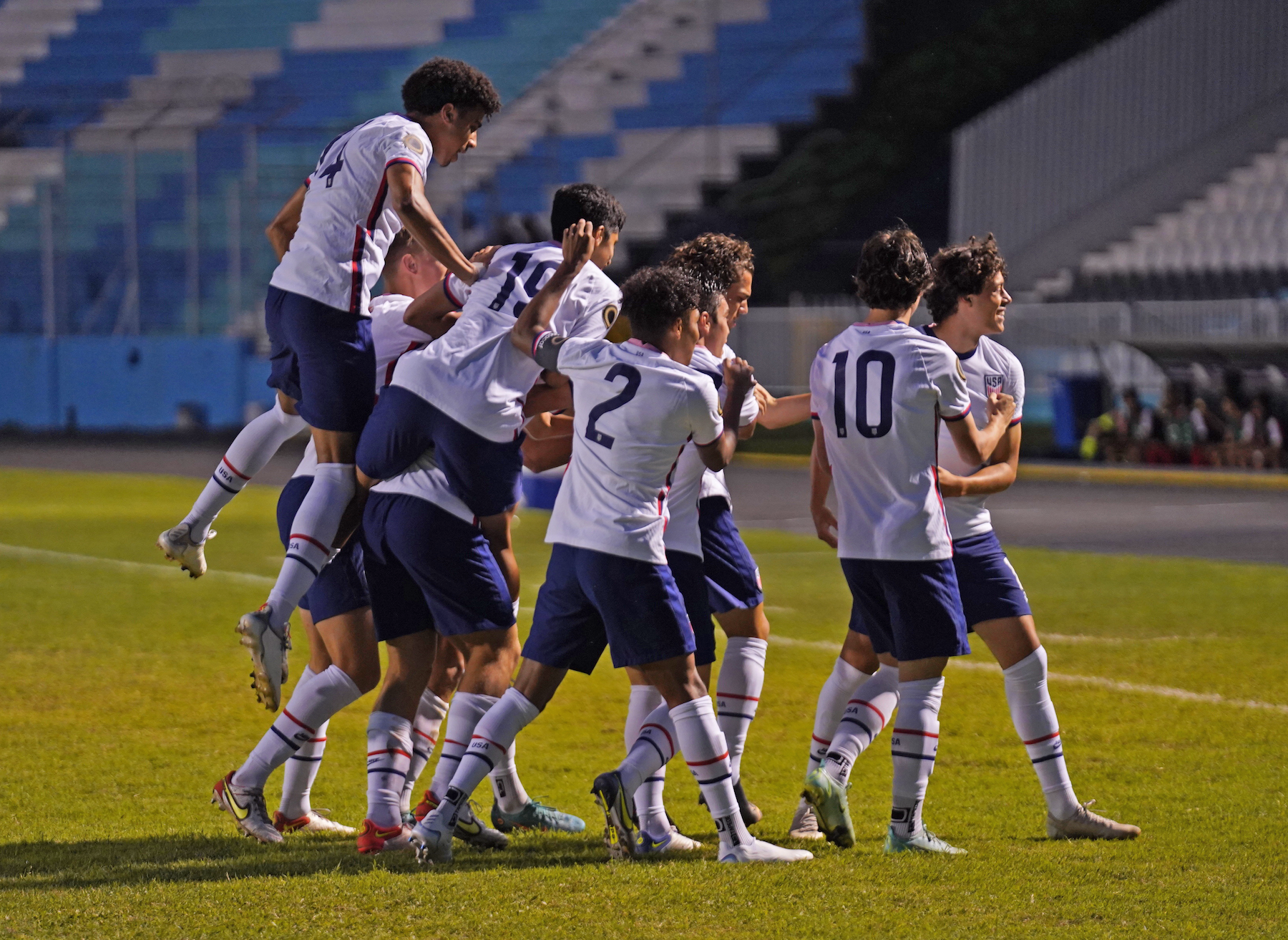 TEGUCIGALPA, Honduras (June 22, 2022) – The United States U-20 Men’s National Team beat Cuba 3-0 to clinch top spot in Group E at the 2022 Concacaf U-20 Championship. A hat trick from striker Quinn Sullivan led USA’s dominating attacking performance as a quick start set the USA up for a convincing win.

After clinching their place in the round of 16 with a draw against Canada, the United States will now face Nicaragua on Saturday, June 25 (8:30 p.m. ET; ViX and Concacaf App, Facebook and YouTube) to kick off dispatch to the knockout stage. Nicaragua earned a spot directly into the knockout stage through a pre-qualifying tournament.

*Advanced to Round of 16

USA wasted no time opening the scoring after just two minutes. Winger Caden Clark found the end of a ball deep on the left flank and fired a deep cross into the box , which Sullivan finished on his first touch to score his first goal of the tournament.

Just six minutes later, a brilliant passing streak ended with midfielder Alejandro Alvarado Jr. delivering a one-touch pass into the box for Sullivan, who buried a powerful strike to double the lead . The Philadelphia Union forward completed his hat trick in the 43rd after Paxten Aaronson found him on the run with a long ball over the back line. Sullivan knocked him down, dribbled to the box and finished with an accurate low shot to beat the goalkeeper.

Despite failing to find the back of the net in the second half, USA put in an outstanding offensive performance as the team’s builder’s play continued to create quality chances. USA outscored Cuba 9-6 on the night, posting five shots on target while limiting the opposition to two. The United States controlled the overall tempo of the match, holding 73% of the ball while spending much of the night in Cuban territory.