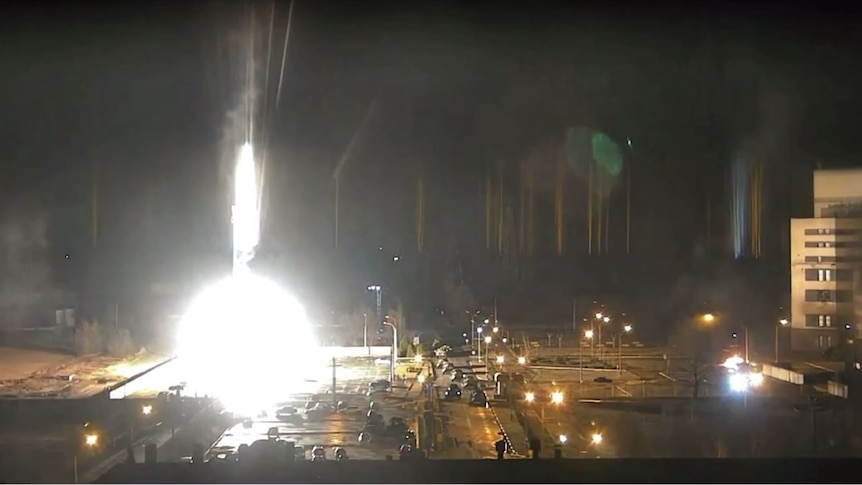 But the US added that there were no signs detected yet of any radiological release in the country.

US Energy Secretary Jennifer Granholm said in a Twitter post that radiation monitors in much of Ukraine were still functioning, although the US was concerned by lack of data from safeguards monitors at Chernobyl or Zaporizhzhia, which is Europe’s largest nuclear power plant.

Both plants are under Russian forces’ control but are being operated by Ukrainian staff under conditions that the International Atomic Energy Agency said endangers the safety of the facilities.

“We are monitoring reports of damage to a research facility in Kharkiv. Near-term safety risk is low, but the continued Russian firing on nuclear facilities must cease.”

After fighting and apparent shelling around the Zaporizhzhia plant a week ago, the Russian military accused Ukrainian forces of a “provocation.”

Ms Granholm said the US could not confirm reports that power has been restored to Chernobyl.

Ukraine and its allies are concerned about the risk Russia’s invasion poses to nuclear facilities across the country, including power plants and research centres.

The head of a nuclear research facility in the north-eastern Ukrainian city of Kharkiv said the grounds of the institute had been struck by Russian shells during recent fighting, but the core housing nuclear fuel remains intact.