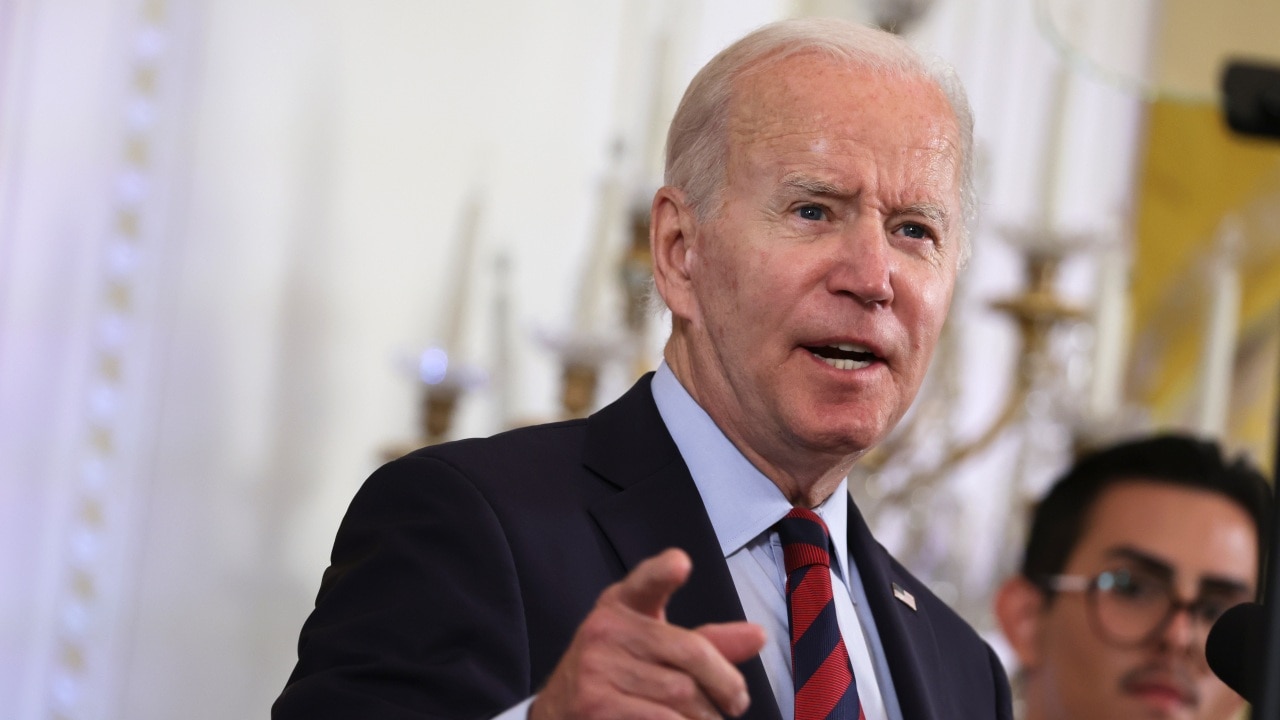 US President Joe Biden has signaled his intention to run for re-election in 2024, but critics say while he ‘doesn’t seem like an epic political leader’ his ‘greatest virtue’ is that he is not not Donald Trump.

US President Joe Biden’s “greatest virtue” is that he is not Donald Trump, US author Douglas Brinkley has claimed.

The 79-year-old president has said he intends to run for re-election in 2024 if he remains healthy.

Mr Brinkley told Piers Morgan Uncensored that Mr Biden was a “placeholder” for American citizens given the current chaos in the world.

“With inflation in the United States, with gas prices, and with climate change and wildfires and COVID and Ukraine, and people are tense – Biden looks more like a placeholder for people,” he said.

“And so he doesn’t appear to be an epic political leader, his greatest virtue is that he’s not Donald Trump.

“And that’s what he ran on last time and if he decides to run again, that’s what he’s going to try to sell himself – ‘better than me than the other one’. “

Former White House communications director Anthony Scaramucci has said the reason he wants to run for president again is that it’s very difficult to “give up” the power he currently holds.

“I mean you get power like that, I think it’s very hard to give that power up,” he told Piers Morgan Uncensored.

“Of course something could happen to his health, God forbid, I certainly don’t want that.

“But I agree… I would like to see younger, more energetic politicians. I kind of feel like the baby boomer class has failed in the country.

“It’s time for younger audiences to step in, so hopefully that will happen.”

Earlier this week, White House press secretary Karine Jean-Pierre laughed off a question about whether Mr Biden had “the physical and mental stamina” to run for a second term.

“Don, you ask me that question, oh my God,” she told CNN host Don Lemon.

“He’s the President of the United States. I can’t even follow him.

“That’s not a question we should even be asking.”

“That’s what the president is talking about. That’s his goal. And that’s what we will continue to focus on.”