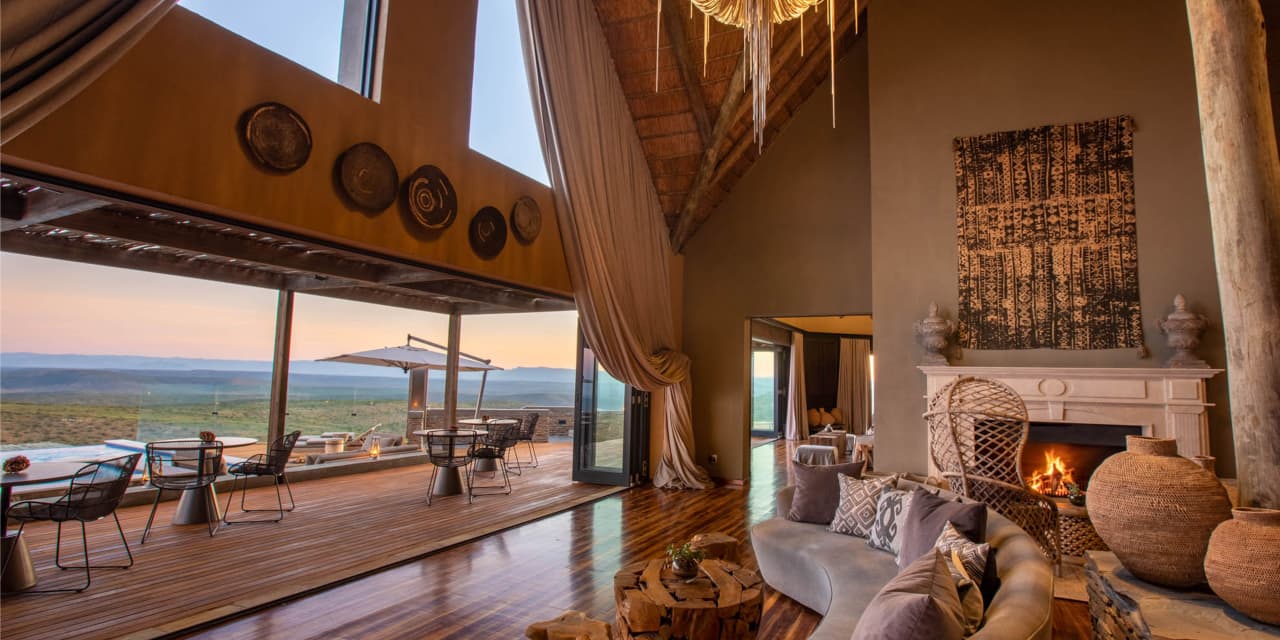 Lions and leopards and buffalo, oh my!

That, plus five lodges on more than 40,000 acres of the Karoo in South Africa, are all on offer at iSanti Big-5 Private Reserve, which has hit the market for US$36 million.

The Karoo, about a 90-minute helicopter ride from Cape Town, is a rural, semi-arid mountainous country “that boasts some of the most unique flora and fauna on the continent,” Ms. Cooper said.

“The Karoo offers vistas that stretch to the horizon, and clear blue skies seldom seen in other parts of the world,” she continued. “This is a place that for centuries has been known for connecting soul and sky, and has a powerful connection with the country’s original people—the nomadic Khoisan.”

“Located at 980 meters [3,215 feet] above sea-level, Sky lodge is surely one of the most stunning lodges on the continent,” Ms. Cooper said.

It offers far-reaching views over the landscape, seven bedroom suites, a large living room with hardwood floors, a bar, and a pool and terrace to observe the wildlife. There’s also the ILanga Manor House, a traditional residence with Cape Dutch architecture, 10 suites and green lawns, as well as Elsa’s Farmhouse, a restored four-bedroom homestead that is now solar-powered, the listing said.

Despite its unparalleled luxury, the reserve also has a conservation component. In addition to regeneration and preserving the land, it is also a place where animals are protected or even given a new home after being retired from zoos.

“Although she started life as a hunting lodge, iSanti’s conversion to a conservation sanctuary now offers enormous tax incentives in keeping with the UNconservation accords agreed to by the South African government,” Ms. Cooper said. “These grant almost a full rebate of the purchase price, over a 20-year period.”