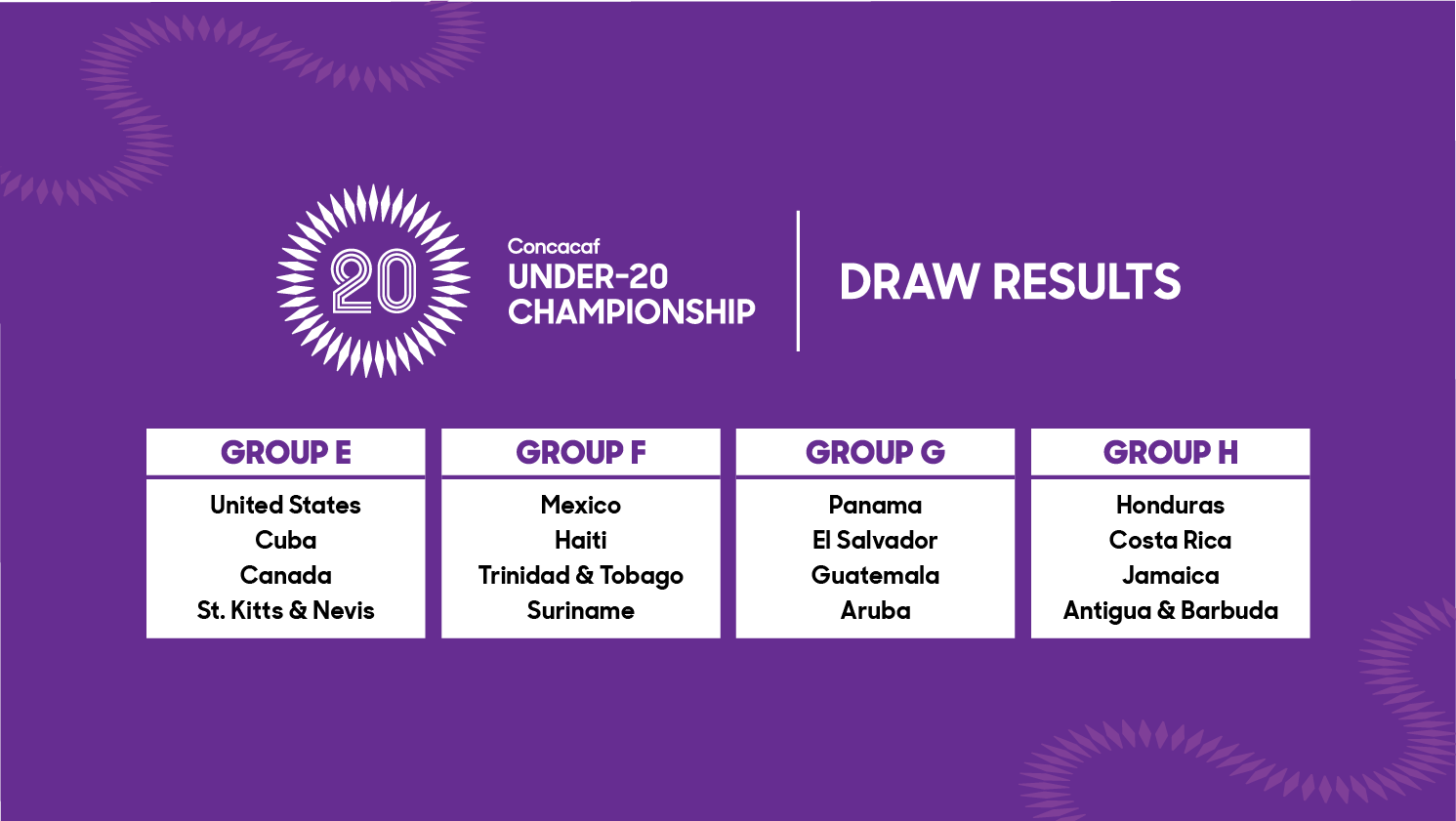 CHICAGO (March 3, 2022) – The US Under-20 Men’s Youth National Team will face St. Kitts and Nevis, Cuba and Canada in Group E play at the 2022 Concacaf U-20 Championship, running from June 18 through July 3 in Honduras. The tournament will serve as qualification for four teams to the 2023 FIFA U-20 World Cup in Indonesia and two teams to the 2024 Summer Olympics in Paris.

The USA will kick off the competition on Saturday, June 18 vs. St. Kitts and Nevis, face regional rival Canada on Monday, June 20 and wrap up the group stage on Wednesday, June 22 against Cuba. All three of the USA’s group stage games will be played at Estadio Nacional in Tegucigalpa, Honduras’ capital city. San Pedro Sula’s Estadio Morazan and Estadio Olimpico Metropolitano will also serve as venues for the competition.

After the round-robin group stage, the top three teams in each of the four groups will advance to the 16-team knockout stage from June 25-July 3, joined by four group winners from a preliminary knockout round (Curaçao, Dominican Republic, Nicaragua and Puerto Rico) that was played last November.

The tournament’s four semifinalists will advance to next year’s U-20 World Cup, while the two finalists will qualify for the 2024 Summer Olympics. Concacaf is the first confederation to hold a qualifying tournament for either competition.

The top four teams in the Concacaf U-20 rankings – the USA, Mexico, Panama and Honduras – were seeded for the draw.

Groups A, B, C and D were contested as qualifying groups during the November 2021 international window in the Dominican Republic, with each group winner advancing directly to the knockout stage.

After the cancellation of the scheduled 2020 Concacaf U-20 Championship (also slated to be played in Honduras) due to the global COVID-19 pandemic, the US is looking for its third-straight regional title in 2022. The U-20 MYNT won its first two confederation crowns back-to-back in 2017 and 2018 and is one of six nations to qualify for the last four FIFA U-20 World Cups. The USA is seeking its first berth to the Men’s Olympic Football Tournament since Beijing 2008.