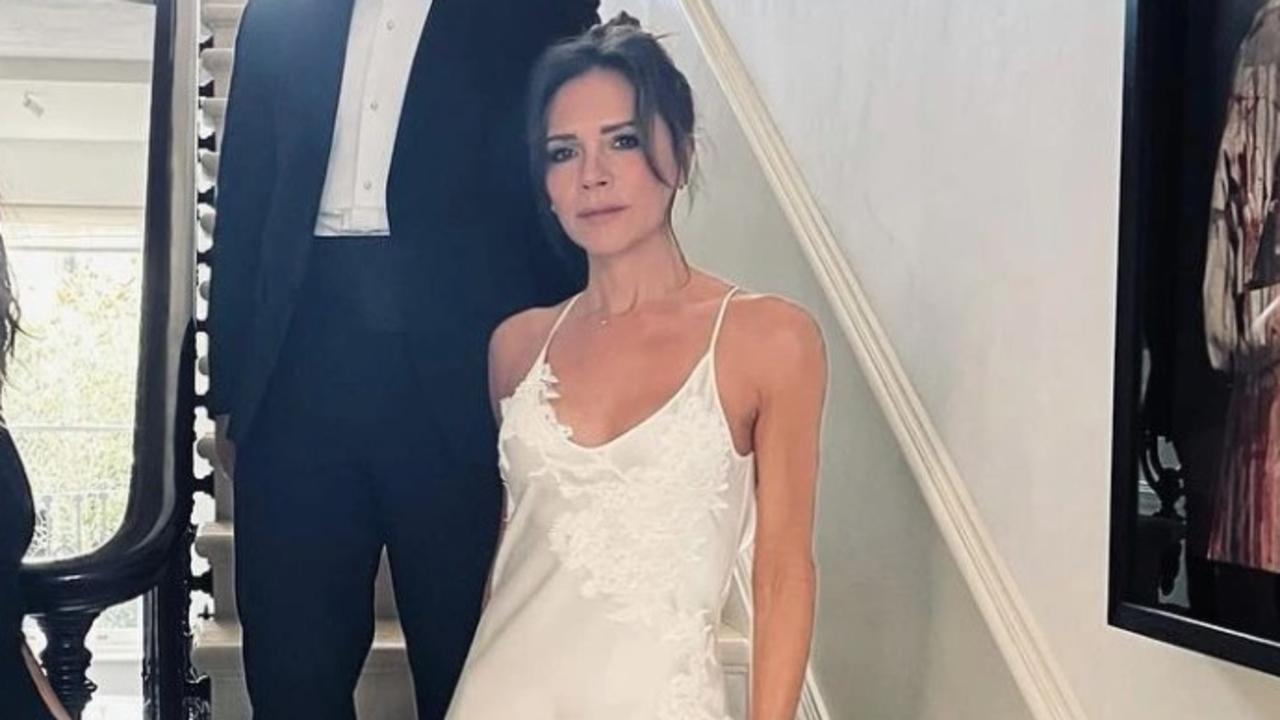 No, she’s not the bride – but Victoria Beckham wore a white floor-length gown to a huge wedding filled with superstar guests.

In a floor-length white silk gown, Victoria Beckham turned heads as she made her way down the wedding aisle, flanked by a who’s who of superstar guests.

But while she wasn’t the bride, there were no concerns about upstaging the wedding party at this particular ceremony. Indeed, claiming every last inch of the spotlight for yourself was the aim of the game, reports The Sun.

For as A-listers descended on the stunning Longleat House, in Wiltshire, England, to celebrate Vogue editor Edward Enninful’s nuptials with filmmaker Alec Maxwell, this was so much more than a wedding.

It was itself a fashion catwalk, a job audition, a networking event and potentially the biggest collection of desperately driven, career-hungry and ruthless figures in showbiz and fashion, colliding at an event which could have a major impact on their collective career paths.

No wonder Victoria even skipped a family skiing holiday with husband David and their children just to be there in the specially made one-off dress, accompanied by fashion critic Anders Christian Madsen and stylist Christine Centenera.

Other superstar names, including Leonardo DiCaprio, flew in from around the world to attend the five-day long event, which saw the newlywed couple and their litany of famous wellwishers party at nearby members’ club, Babington House, ahead of the main event on Tuesday evening.

As one source put it: “This isn’t so much a marriage ceremony as a business meeting with champagne and canapes. It’s a pitch.”

Even the stunning venue, Longleat’s historic Orangery, was handed over as a gift by former Strictly star Emma Weymouth, the Marchioness of Bath and Britain’s first black woman to hold that title – who has herself graced the pages of Enninful’s prestigious fashion bible as a contributing editor.

But it remains unclear whether his most fierce rival Anna Wintour, the US Vogue’s editor-in-chief and Vogue’s global editorial director attended – amid talk of a bitter trans-Atlantic rift between the two magazine bigwigs.

In the run-up to the nuptials, Enninful was reported to be considering inviting his boss in a bid to avoid escalating tensions – though sources suggested Wintour would be unlikely to make the trip to the UK even if he did.

A wedding source said: “The reality is, it’s hard to imagine a guest list with more competitive rivalry and sniping.

“They’re all happy to plaster on a smile and pose for the cameras, but these people are all totally ruthless and completely used to being the centre of attention.

“Almost everyone in that room would have cheerfully knifed the person next to them without a thought if it got them six inches closer to Vogue magazine.

“Some people will have expected to make their career on the night.”

Candles lined the staircase and aisle into the Orangery where the ceremony took place at 5pm, accompanied by a pianist on a grand piano before drinks at the champagne bar.

Enninful and Maxwell, who live in West London, are also understood to have brought their beloved black-and-white Boston terrier Ru to the event, which doubled as the fashion journalist’s 50th birthday party and was rumoured to cost more than £600,000 ($A1.1 million).

Top guests were invited to stay on the property, with DiCaprio understood to have spent the night at a picturesque cottage in the grounds, while others stayed in the luxury of Babington House.

In one picture posted online by the groom, Kate Moss, Naomi Campbell, Stella Maxwell and Irina Shayk were seen enjoying a “pre-birthday dinner” – the first phase of the lavish and luxurious celebration.

But perhaps the most surprising move came as the event drew to a close on Wednesday morning, with A-list guests treated to a bus tour of Longleat’s famous safari park, best known for its lions.

A source said: “It’s an amusing thought to imagine all these super-famous people going around on a little bus to see the animals, like a school trip, but some of them did.

“Longleat is famous for its lions so on Wednesday morning those who wanted to were able to enjoy a private viewing of the magnificent animals on a safari tour.

“Leo was one of those who was saying how much he wanted to see them – even for a big star it’s not that often you get a private audience with some lions.”

Yesterday the wedding party ended the celebrations with a low-key lunch at nearby pub, The Bell Inn – a surprisingly simple conclusion to proceedings for the couple’s closest friends and relatives.

As one onlooker put it: “The pub lunch looked the most relaxed part by miles – just their really close friends.

“It must have come as a bit of a relief for them after all of that sycophantic fawning.”

As to which fashionista performed at their best, and who took a humiliating tumble on the biggest stage of all … only time will tell.