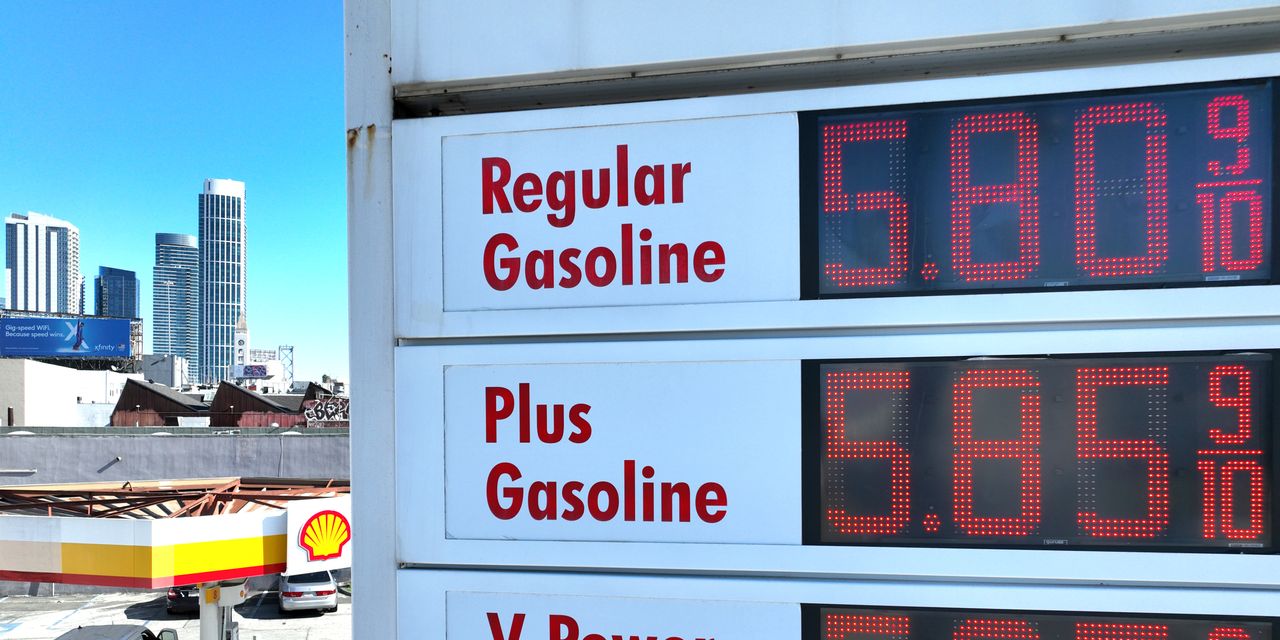 Russia’s invasion of Ukraine on Thursday had US investors focused on the cost of food and energy in America, and the likely implications for financial markets.

With Russia and Ukraine’s outsize role in global commodities, prices shot higher for wheat, corn and oil, as Moscow attacked its neighbor in the largest military operation in Europe since World War II.

“The challenge is you have a world with a lot of inflation pressures to start with,” McIntyre said. “Now, you are adding to it.”

The word is ‘stagflation’

Tempers have been flaring in the US as the cost of living has climbed to 40-year highs, driven in part by supply-chain disruptions and higher food and energy prices.

That’s prompted President Joe Biden and Federal Reserve Chairman Jerome Powell to shift their focus to tackling inflation from providing easy credit and pandemic backstops for the economy over the past two years.

Adding to that, stocks, a major driver of financial gains for investors for much of the COVID crisis, have stumbled since the central bank started began signaling late last year to expect tighter financial conditions in 2022.

“Politically, Biden is in a tough spot with the angry consumer,” McIntyre said. “This is a growth tax in the form of higher food and energy costs.”

The concern on Wall Street is that the Federal Reserve could end up tightening financial conditions at the same time inflation stays high, and the US economy slips into recession.

“From a broad-based standpoint, right now, this is taking the 50-basis-point rate hike off the table in March,” said Jake Remley, a fixed-income portfolio manager at Income Research + Management.

“Now, the word is ‘stagflation,’ and stagflation is politically really undesirable,” Remley said, adding that Russia’s attack on Ukraine has amplified fears of a 1970s-type situation of rising US prices as the economy slows.

Fed officials have reported the first increase to policy rates since 2018 could happen as early as next month, followed by a reduction of its nearly $9 trillion in bond holdings. The next Fed policy decision is expected after the conclusion of its two-day meeting from March 15-16.

For its part, the European Central Bank likely will remain “extremely cautious” about tightening financial conditions, Remley said, given the region’s heavy reliance on Russian supplies of natural gas and other commodities from Ukraine.

See: Why Russia’s invasion of Ukraine could lift oil prices to a 14-year high

Major central banks slashed rates and ramped up bond purchases in early 2020 to keep credit flowing during the pandemic, but recently have started talking about potentially smaller balance sheets, last pegged near a combined $25 trillion (see chart). Investors are watching the Ukraine situation to see if the central banks will get dovish again.

Another wild card for markets is whether Russia will contain its military conflict to Ukraine.

Biden responded to the attack with a series of new sanctions against Russia’s largest banks, companies and elite families, keeping them from doing business in Western markets and freezing trillions of dollars in assets.

Biden said the sanctions would punish Moscow for its current hostilities, but also serve as a warning shot to Russia about expanding its military operations beyond Ukraine’s borders into NATO territory.

“It’s going to be a cold day for Russia,” Biden said Thursday of the new restrictions, adding that they also were designed to minimize the impact on US consumers and its allies.

US stocks responded with a late-day rally, but with the major benchmarks still finishing in or near correction territory, defined as a close of at least 10% below its last record finish.

ended the session on the cusp of correction territory, or 9.7% below its Jan. 4 record high, according to Dow Jones Market Data. The S&P 500 SPX,

was in 10.6% off its peak and the Nasdaq Composite COMP,

prices briefly traded as high as $100.54 barrel on Thursday, but settled closer to $93 a barrel, while 10-year Treasury yields TMUBMUSD10Y,

slumped below 2% as bond prices rose.

Biden promised Thursday to “do everything” in his power to limit the pain people are feeling at the gas pumps, adding the US and its allies were closely monitoring the potential for collective releases from their strategic petroleum reserves.

And for bonds? “It’s hard to predict geopolitical risks,” Remley said, adding that even at current low yields, having some leaps in a portfolio can help reduce downside risks when they flair up.

“They are doing it today,” he said.