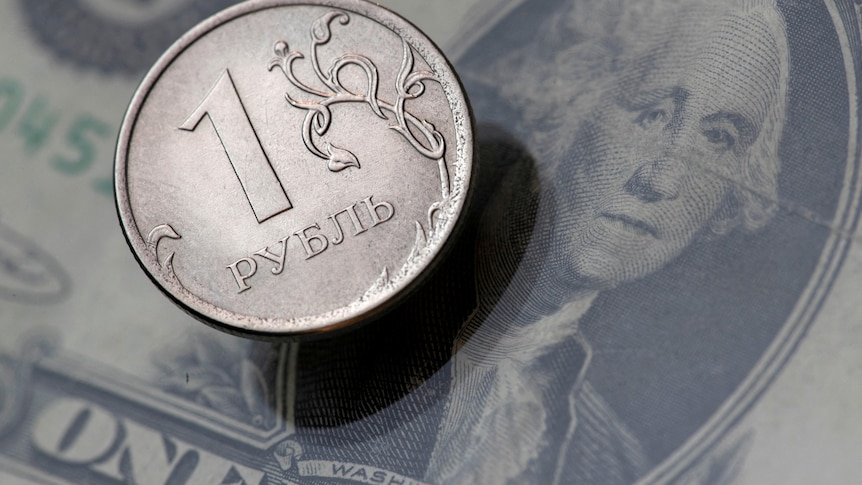 US and European officials are holding one key financial sanction against Russia in reserve, choosing not to boot Russia off SWIFT, the dominant system for global financial transactions.

The Russian invasion of Ukraine led to a barrage of new financial sanctions being placed on the country on Thursday.

While US President Joe Biden announced restrictions on exports to Russia and sanctions against Russian banks and state-controlled companies, he pointedly played down the need to block Russia from SWIFT.

SWIFT is the Belgian-headquartered consortium used by banks and other financial institutions that serves as a key communications line for commerce worldwide.

The international payments system SWIFT is used by more than 11,000 financial institutions in more than 200 countries.

The name is an acronym for the Society for Worldwide Interbank Financial Telecommunications, and about half of all high-value payments that cross national borders go through its platform.

In arguing for Russia to be cut off from the SWIFT system, UK Defense Secretary Ben Wallace said Russia’s continued access allowed it to move money around the world to receive payments for its gas.

Who is pushing for the sanction?

European nations, including the UK and Ukraine, have sought for Russia to be excluded from SWIFT, but several European leaders would prefer to stay patient because a ban could make international trade more difficult and hurt their economies.

“A number of countries are hesitant since it has serious consequences for themselves,” said Dutch Prime Minister Mark Rutte, who believes a ban should be a last resort.

The UK government says Prime Minister Boris Johnson pushed at a virtual meeting of the Group of Seven world leaders on Thursday for Russia to be kicked out of SWIFT.

It said there was “no pushback” but it was agreed that more discussion was needed.

Mr Wallace said on Friday the UK would continue lobbying reluctant allies to take the step.

“We will work all the magic, do everything we can in diplomacy,” he told the BBC.

What is the US position?

While Mr Biden said blocking Russia was “always” still an option, he said that that was not the position that the rest of Europe wishes to take.

But he flagged that such a move was possible in the weeks ahead.

Mr Biden suggests the sanctions being put in place would have more teeth than booting Russia off SWIFT.

“Let’s have a conversation in another month or so to see if they’re working.”

US politicians have called on Mr Biden to deploy every available financial sanction, with Senate Republican Leader Mitch McConnell saying that America should “ratchet the sanctions all the way up. Don’t hold any back. Every single available tough sanction should be employed and should be employed now.”

But Senator Jim Risch of Idaho, the top Republican on the Senate Foreign Relations Committee, said the SWIFT ban would be complicated and time-consuming in part because the US doesn’t have control over the decision.

What would be the economic impacts?

The problem is that banning Russia from SWIFT might not cut it off from the global economy as cleanly as proponents think.

Also, there could be blowback in the form of slower international growth.

And rival messaging systems could gain users in ways that erode the power of the US dollar — all of which has left SWIFT as a sanction waiting to be deployed.

“It’s a communications platform, not a financial payments system,” said Adam Smith, a lawyer who worked in the Obama administration.

“If you remove Russia from SWIFT, you’re removing them from a key artery of finance, but they can use pre-SWIFT tools like telephone, telex or email to engage in bank-to-bank transactions.”

The other risk is that countries could migrate their institutions to platforms other than SWIFT, such as a system developed by China.

This would increase the friction in global commerce — hurting growth — and make it harder to monitor the finances of terrorist groups.

“By politicizing SWIFT you give incentive for others to develop alternatives,” said Brian O’Toole, a senior fellow at the Atlantic Council and former Treasury official.

Are the current sanctions just as effective?

The sanctions announced Thursday would still accomplish much of what would happen if Russia lost access to SWIFT, said Clay Lowery of the Institute of International Finance.

“You’re really having the same impact on certain subsections of the Russian economy through sanctions.”

How would Russia react?

In 2019, then-Russian prime minister Dmitry Medvedev said losing access to SWIFT would be akin to a declaration of war against Russia.

The statement by Mr Medvedev is a sign that Russia viewed the platform as a vulnerability and developed worksarounds to limit any economic damage.

“I think it will be harmful in the immediate term and psychological as well, but I’m not sure it’ll impact the economy in ways that make it worthwhile,” Mr Smith said.