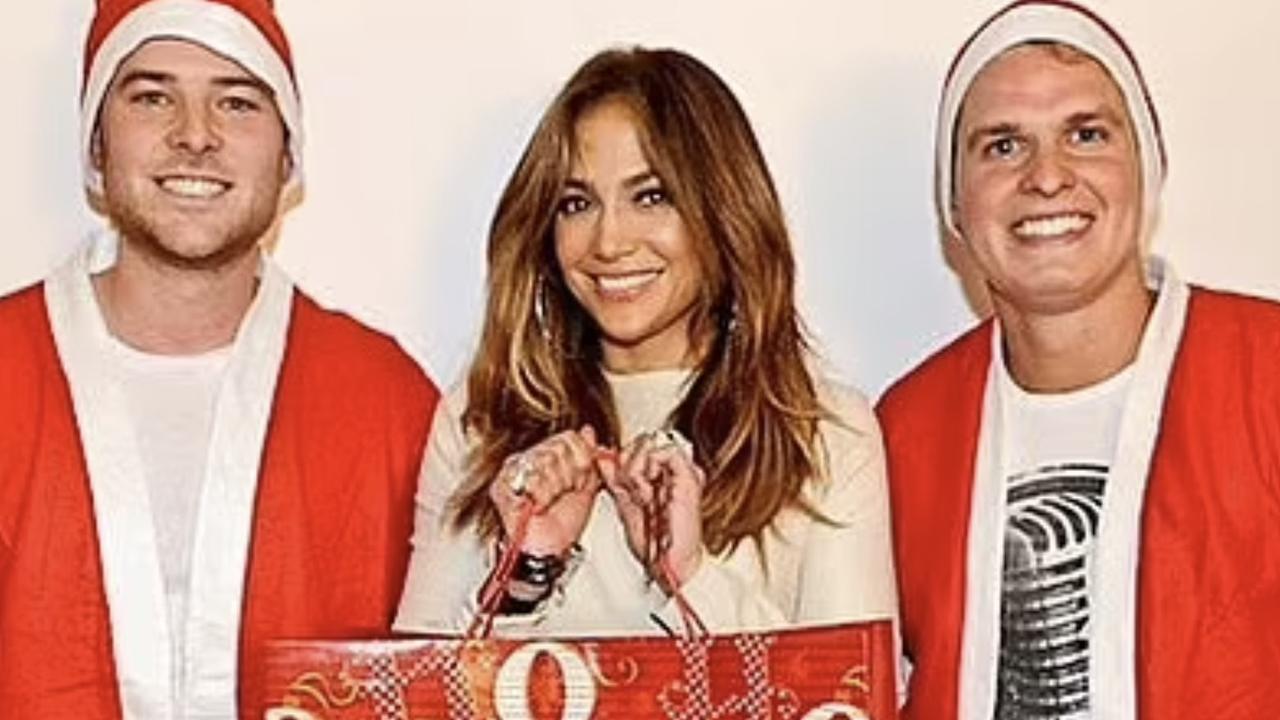 A Melbourne radio duo have revealed their cringeworthy encounter with J Lo, after they overheard her ranting “very loudly” about them.

A Melbourne radio duo have opened up about their excruciatingly painful encounter with Jennifer Lopez.

Dressed head-to-toe in Santa outfits and bearing gifts from the $2 shop, KIIS FM host Will McMahon and Woody Whitelaw were preparing to interview the 52-year-old megastar for her concert tour leading up to Christmas in 2012.

But before they even sat down with Lopez, the pair overheard the Hustlers actress in an almighty rant about their festive garb, McMahon told 9 Entertainment.

“It seemed like a really good idea and it was coming up to Christmas so we both dressed as Santas,” he said.

“We were standing in a green room fully dressed head-to-toe as Santas and then we heard Jennifer Lopez outside, very loudly say to her security guard, ‘Who the hell are these a**holes I’m dealing with now. There better be no Christmas bulls**t when I get in there.’”

McMahon said the hosts – who were just university students at the time – began to panic and removed their “beards and hats” but were forced to remain in their suits with no time to get changed.

“We said that red furry linen was in that year,” McMahon added.

McMahon, who is competing on the new season of Celebrity Apprentice alongside Whitelaw, also opened up about the awkward chat in an interview with news.com.au back in 2018, saying Lopez was “so intimidating.”

“Because we hadn’t been paid yet and neither of us were working, we were just uni students, we could only afford gifts from the $2 shop. Like, we got a fly swat. We actually got Jennifer Lopez a fly swat! And one of those really crappy plastic tenpin bowling sets.”

However, the pair said they eventually managed to recover from their bumpy start once the chat got underway.

“It’s hard to remember all of what happened but I think the interview itself would have been terrible,” Whitelaw said.

“To her credit she was warm. As soon as she realised we were just trying to have some fun she was really nice and she genuinely pretended to like the gifts as well, which we appreciated.”