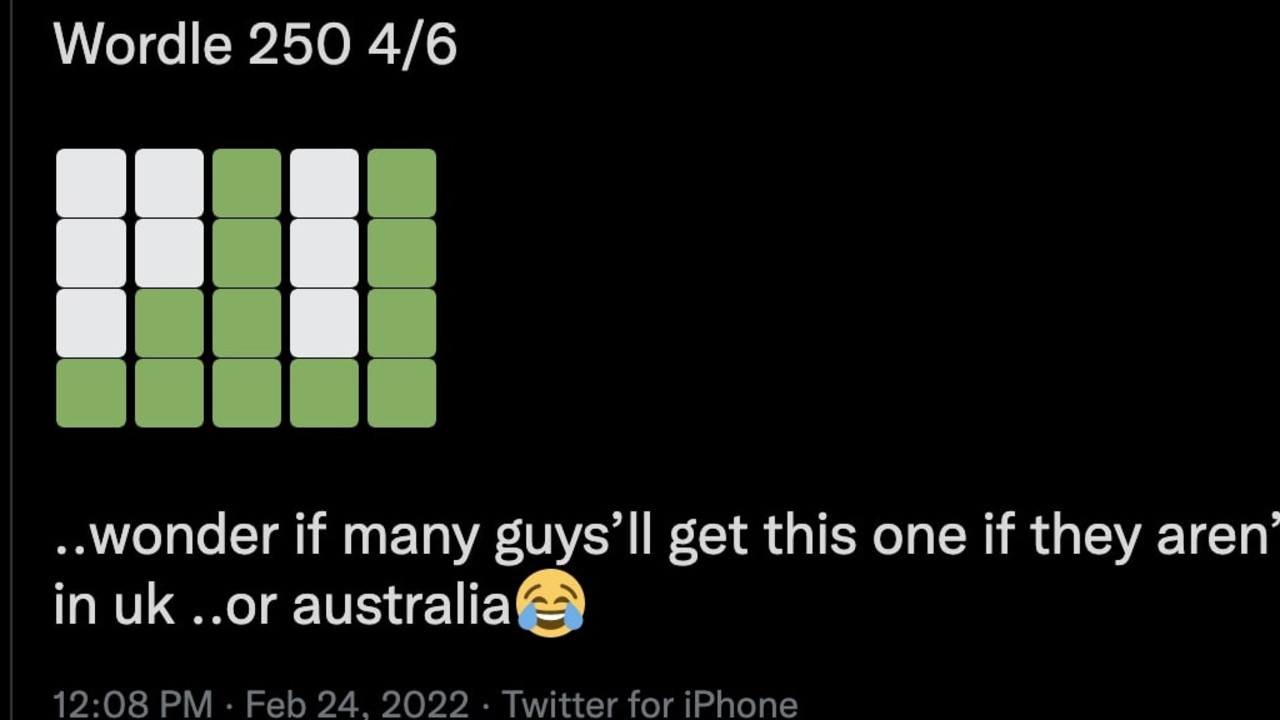 Thursday’s Wordle answer has caused a stir among players in the US, where many have admitted they haven’t ever heard this Aussie term.

Thursday’s Wordle answer has caused a stir among players in the US, where many have admitted they haven’t ever heard the Aussie term “bloke”.

The game exploded in late 2021 on Twitter and Facebook as people share their results with green and yellow tiles. Players get six tries to crack what the five-letter word is with colored tiles giving clues about whether people selected the right letters.

The global phenomenon is now played by millions just four months after the game burst onto the Internet.

Thursday’s puzzle left several across the pond in a bind, with many left a little miffed at the localized terminology being used as an answer to the global word game.

New York based software engineer Josh Wardle said he developed the game for his puzzle-loving partner and was surprised by its success. What started as a game for two people has boomed and is more than two million now play it.

“I originally made this game for my partner who is also a Spelling Bee enthusiast,” he said on Twitter.

Fans have become seriously invested in avoiding spoilers in recent months, with Twitter suspending a bot account for spoiling the solution to the next day’s Wordle.

The bot account automatically responded to accounts posting their Wordle scores with messages such as “Guess what.”

Earlier this month, users were left outraged after their winning streaks were accidentally reset when the game was redirected to the New York Times website.

Avid players are now sent to the newspaper’s website instead of the original landing page following the game’s undisclosed seven-figure sale last month.

The NYTimes Wordplay Twitter assured players the team is currently investigating the issue after the popular puzzle was moved to their website in February.